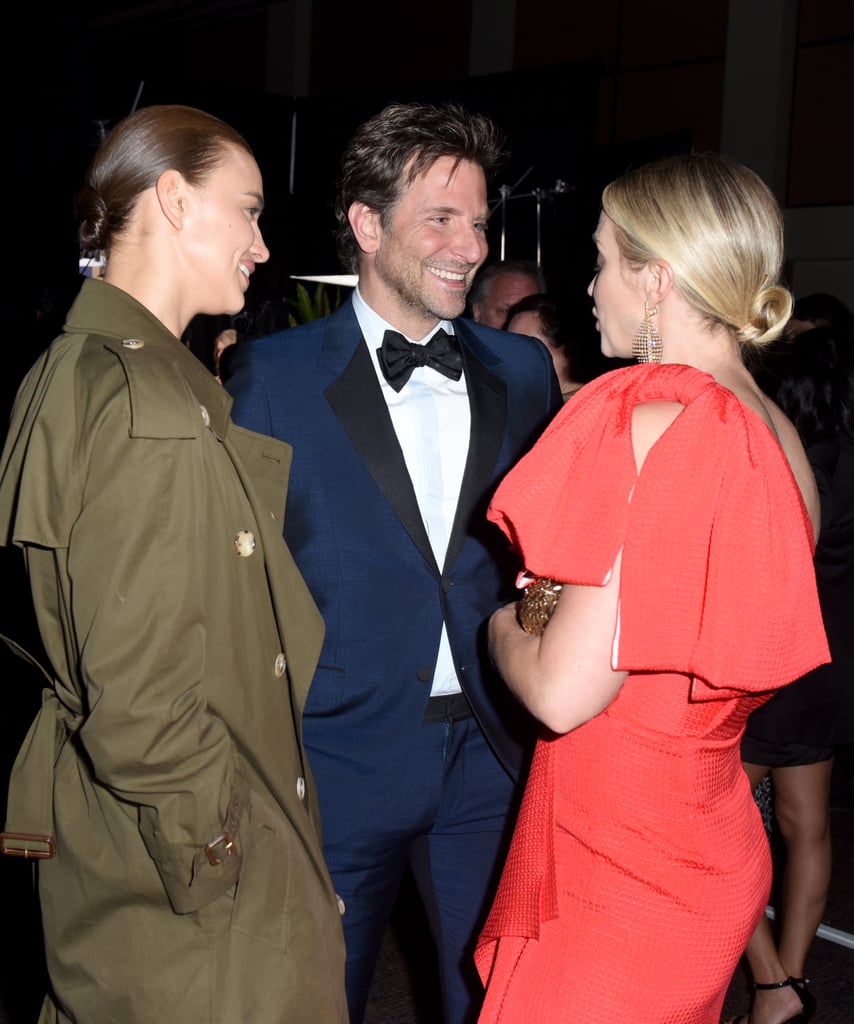 Bradley Cooper and Irina Shayk made a special red carpet appearance together at the Palm Springs International Film Festival on Thursday. The attractive duo, who share a 1-year-old daughter named Lea, were photographed arriving to the event. Bradley donned a blue suit while Irina rocked a green trench coat and patterned heels. One of the last times Bradley and Irina appeared on the red carpet side by side was at the 2018 Met Gala.

At the event, Bradley was honoured as director of the year for A Star Is Born, which he starred in alongside Lady Gaga. The award was presented by Sam Elliott, one of Bradley's other costars in the film. During his acceptance speech, Bradley became a bit emotional as he described what it was directing and "pursuing a dream that I've had as kid."

We're sure Irina felt proud to see her beau accept the award and was cheering him on. See more photos of them at the festival ahead, then check out some of the couple's cutest moments!