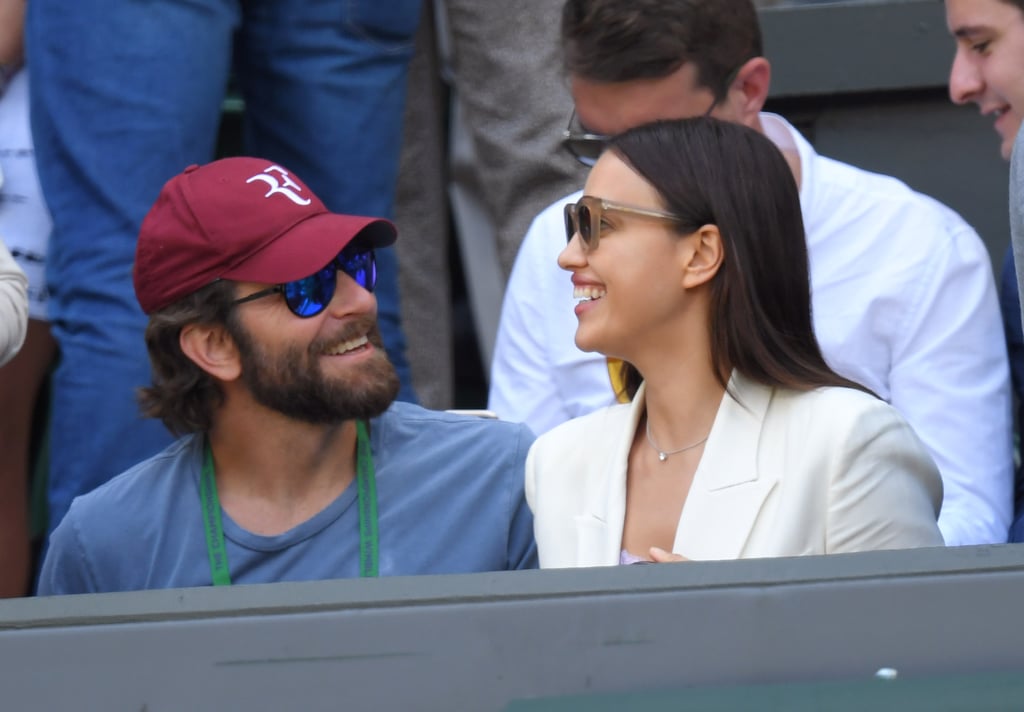 Bradley Cooper and Irina Shayk Look All Loved Up at Wimbledon

Bradley Cooper and Irina Shayk are still going strong! The couple, who first confirmed their romance back in May 2015 with some intense PDA, was spotted enjoying day nine of Wimbledon in London on Wednesday. Bradley, who still managed to look extremely handsome in his baseball cap and casual t-shirt, flashed a smile as he whispered in Irina's ear. The two later mingled with fellow attendees Anna Wintour and David Beckham.

The sweet outing comes four months after Bradley and Irina made their red carpet debut as a couple at Paris Fashion Week in March. Before then, they had stuck to intimate dates all over the globe, including holding hands in NYC, making out in London, and hitting the beach in Italy.