The cast of Breaking Dawn Part 2 took the stage at Comic-Con together for the last time yesterday. As Kristen Stewart pointed out, it was a bittersweet affair, as they showed love for the fans and shared their favourite moments. The fans themselves were in for a big treat: the first seven minutes of the movie were shown during the panel! 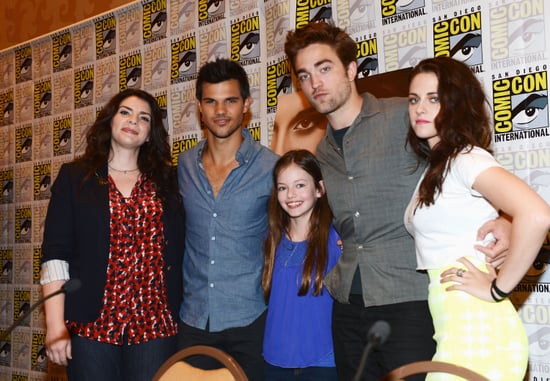 As usual, the cast — which included Kristen, Robert Pattinson, Taylor Lautner, Mackenzie Foy, Ashley Greene, and the rest of the major players — kept it light and riffed off each other, while getting a bit sentimental about going into the home stretch of their Twilight careers. Here are highlights and memorable quotes from the cast:

To see what else the cast had to say and what you can expect to see in Breaking Dawn Part 2, just keep reading.