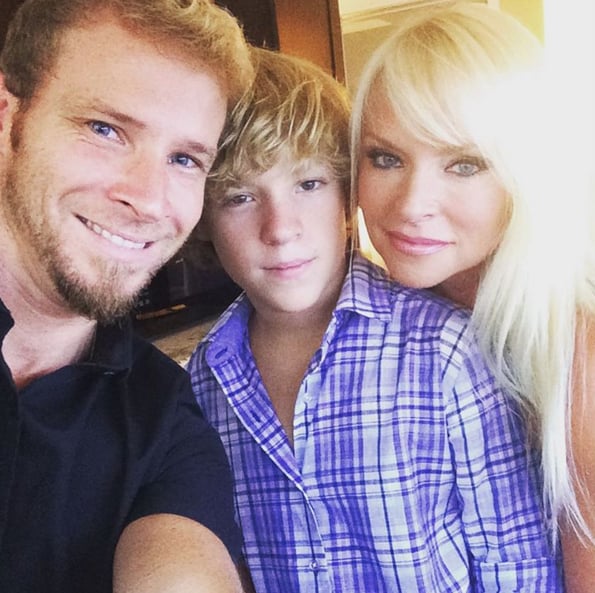 Brian Littrell has been winning hearts as one of the Backstreet Boys for 20 years, but he's also a sweet family man. Brian and his wife, Leighanne, first met on the set of the music video for "As Long as You Love Me" in 1997, and he proposed on Christmas Eve in 1999. The following year, they tied the knot, and in 2002, they welcomed their son, now 12-year-old Baylee, who's joined his famous dad on stage a few times. Over the past couple years, Brian has shared several adorable family snaps, so keep reading for a look at some of Brian Littrell's best Instagram photos, then watch the Backstreet Boys' recent performance at the Balmain x H&M fashion show in NYC.

Skin Care
Keke Palmer's Latest Selfie Comes With a Message About Acne and PCOS: "You're Not Alone"
by Danielle Jackson 14 hours ago