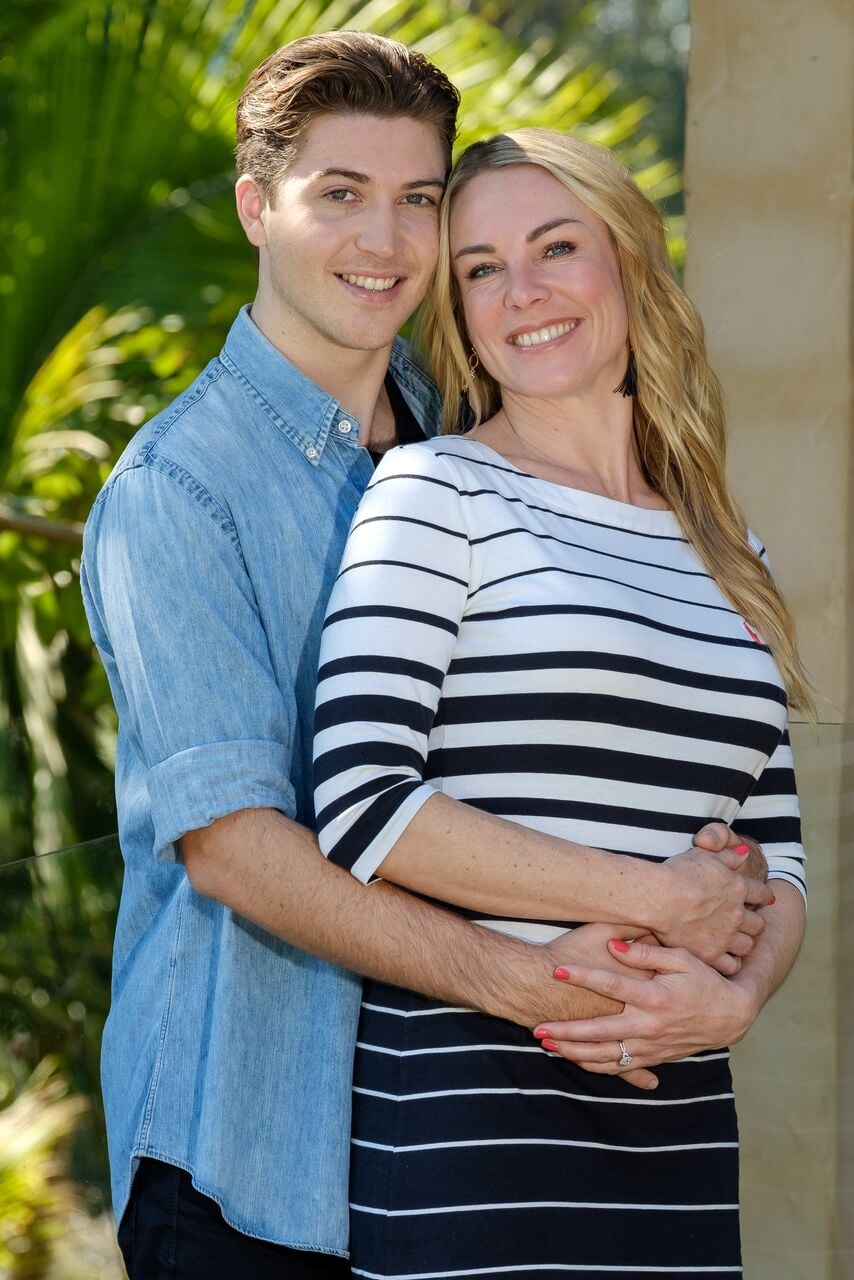 It's episode five of Bride and Prejudice and we pick up right where we left off with last night's cliffhanger moment between Jess and Seyat's mum, Fatima.

ICYMI, at the end of last episode Fatima made Jess an offer — $10,000 and a plane ticket for a trip around the world, in exchange for breaking up with Seyat. You know, just normal mother-in-law stuff. As expected, Jess immediately rejects the offer, saying, "no money in the world and no trip in the world is worth me leaving Seyat . . . you could offer me a million dollars and I'd still say no." She goes on to argue that her intentions are pure and even goes as far as praising Fatima for the way she's brought up Seyat, which is big of her considering Fatima seems to have never said anything remotely nice about her . . . ever. Fatima quickly dismisses Jess, calling her a "bitch." Oh boy, not even ten minutes into the episode and we've already had the b-word dropped. Fatima believes Jess has just refused the bribe because she wants to get back at Fatima and take Seyat away from her. She tells Jess to leave, and her husband who has sat next to her silently for the last five episodes continues to sit next to her, silently. Meanwhile, Jess goes to seek support from Seyat, but rather than giving her the comforting she needs, he instead opts to laugh awkwardly. Probably not the best way to deal with conflict, mate. In angst, Jess says she may as well have taken the money after all. Oh dear.

Now we are on to Hank and Lily, with Lily set to meet with Hank's parents alone. They outline their issues with her, which include such apparent deal-breakers as her being vegetarian. Lily defends herself by saying she cooks Hank meat, which shows she isn't trying to convert him to the dark side, A.K.A plant-based diets. Lily in turn brings up her grievances with them, which includes comments that could come across as racist, homophobic or sexist. Hank's dad Terry apparently sees it appropriate to respond with "Islam is a problem to Australia." Way to read the room, Terry. He seems unable to accept that Lily isn't going to bend her beliefs to align with theirs. They then ask her why she is "so cold and unfeeling," which seems to directly contradict their entire argument about Lily being too opinionated. Lily goes back to Hank to debrief about her chat with his parents, and Hank says he is "pissed off" by their interrogation, which seems fair enough.

Next up are Philippa and Ry, and Philippa's parents have also asked to meet with Ry one-on-one. They once again express their issues with both their age and financial difference. They urge Ry to arrange a prenuptial agreement with Philippa. Ry tells them there is no need for them to worry about his financial standing, as he has just invested in crypto currency. This revelation is met with awkward silence. But, Ry quickly recovers by saying he agrees to sign the pre-nup, which seems to go over well.

It's now time for Ange and Dylan, and Dylan has agreed to try to clear the air with Ange's dad John. Dylan starts by admitting to John she doesn't believe in God nor the Devil, which is certainly a ballsy thing to say to such a devout Christian as John. John wastes no time in reminding Dylan that their marriage would be an "abomination" to God, and that God "isn't someone to be messed with." He tells her that marrying Ange would be taking her to hell, and Dylan seems overcome with guilt over just how staunchly he is opposing their marriage. She goes back to Ange, and informs her that he said she'd be taking Ange to hell . . . "but nicely," she adds. "There is no nice way you can say that," responds Ange, and she does have a point. Ange says that the marriage is happening regardless, but Dylan is finding it difficult. "I'd still like to feel empathy for him, even if he doesn't feel it for me," she says. Talk about patience of a saint right there.

Lastly, Simon has begrudgingly agreed to the "God damn witch hunt," Izzy's mum Bobbi and best friend Amanda have planned for him, A.K.A a polygraph test. They have decided they want him to take the test in order to deduce if he is honest about having moved on from his previous alcoholism and womanising ways. The polygraph tester wastes no time going for the jugular by asking Simon if he's had a drink within the last ten months, the amount of time he claims to have been sober for. He says he has drunk lemon, lime and bitters, but it doesn't count because "they give it to children." I mean, he's not wrong. He is then asked whether he'd had any sexual contact with people that Izzy doesn't know about, to which he responds, "I've had sexual contact with plenty of people that Izzy doesn't know about but Izzy knows that I'm having sexual contact with other people . . ." which is perhaps the most confusing sentence ever. To be fair, they are in an open relationship with a "don't ask, don't tell" policy, so it seems strange this question has even come up. Bobbi is unimpressed watching from the sidelines . . . "oh Simon, you just slay me," she says. Once the test is over Simon argues the fact he was nervous may make it seem like he was lying when he wasn't, which kind of seems like a preemptive cop-out to be honest. And, it turns out it just may well be, because the test results showed he was lying about not having drunk any alcohol bar bitters since getting sober. Well, that's awkward.