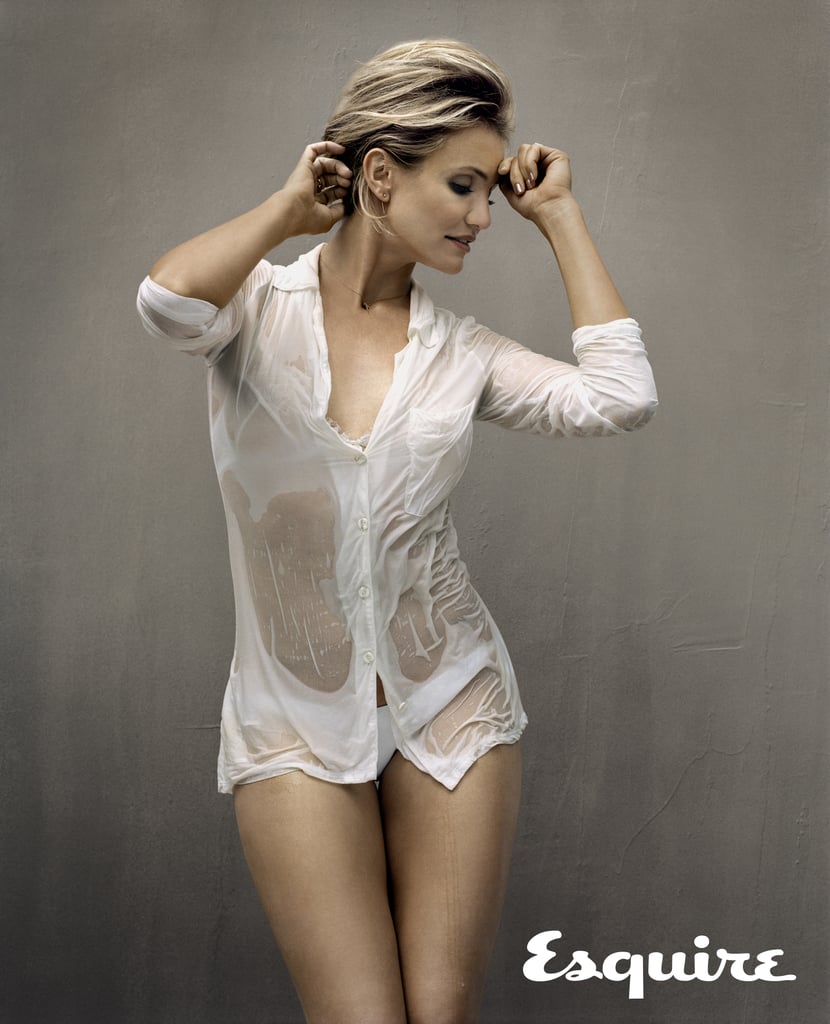 Unlike many of her Hollywood friends, Cameron Diaz never got married and had kids, but don't expect her to be longing for a family now. The actress opened up about her decision to not have a baby during her younger years in a new interview for the August issue of Esquire, which hits US shelves on July 8. Keep reading to hear Cameron's thoughts on motherhood, as well as how she feels about being in her 40s and what it was like for her to go naked for the first time on camera in her upcoming film, Sex Tape.

Celebrity Beauty
Barbie Ferreira Is Preparing For a Zoom Holiday, but She'll Still Be Wearing Glitter
by Jessica Harrington 10 hours ago

Celebrity Interviews
Sydney Sweeney Breaks Down Nocturne's Ambiguous Ending: "I See It as a Metaphor"
by Grayson Gilcrease 6 days ago