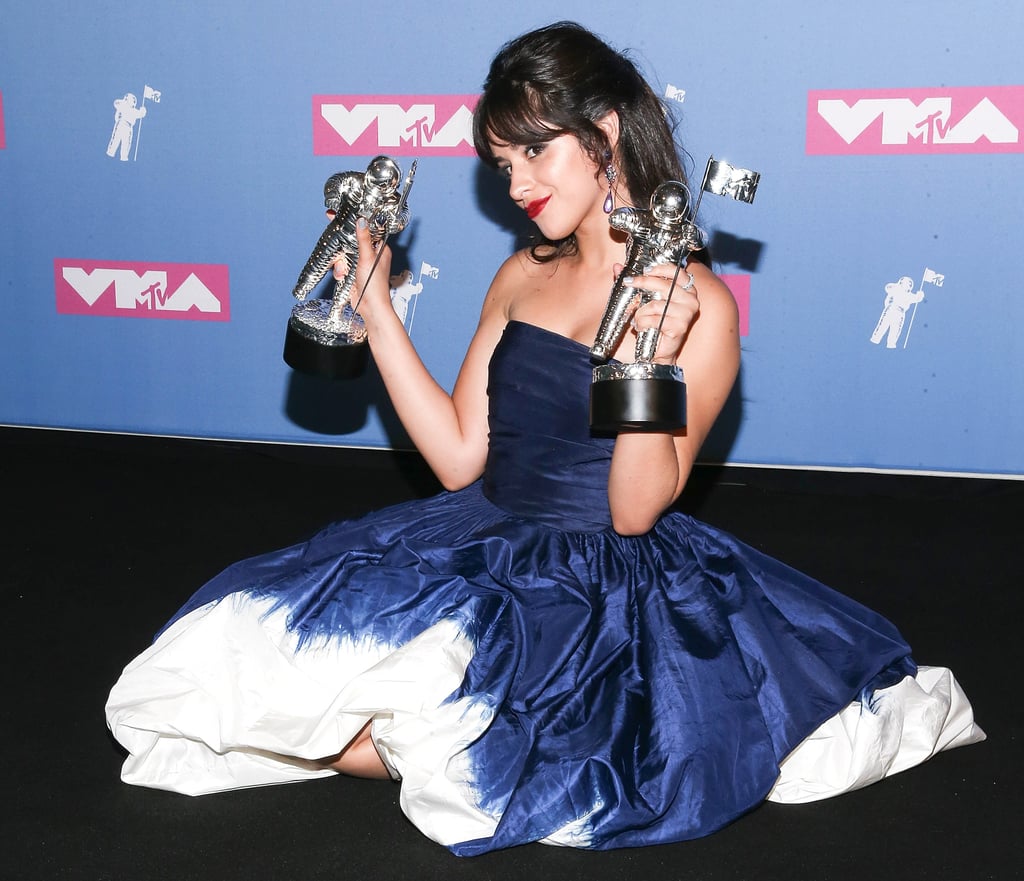 Back in 2012, aspiring singer Camila Cabello posted a sweet tweet while watching the MTV VMAs from home. "I wanna be there SOOOOOOO bad you don't understand," she wrote, with the hashtag #someday. At the time, Camila has just auditioned for The X Factor and was about to become one fifth of Fifth Harmony. However the show hadn't aired yet, so though she had an inkling that fame was on the horizon, the public wasn't yet acquainted with her.

Fast-forward six years, and how things have changed. Fifth Harmony went on to place third on The X Factor and went on to have multiple hits. Camila left the group in late 2016, and since then her solo career has taken off big time. Enough to make her one of MTV's biggest stars, in fact. Her single "Havana" (which went to number 1 in 7 countries) was just awarded Video of the Year at the 2018 VMAs, and Camila also picked up the Artist of the Year award.

So how did it feel for the singer to have come so far? When fans pointed out the old tweet, Camila quickly jumped in to send a sweet and funny message to her younger ("smol") self: "You're not gonna believe this smol Camila but: in 2018 Madonna is going to give you an award for Video of the Year and your acne will clear." Sometimes dreams do come true, and Camila is living proof! Keep reading to see her tweets, plus the adorable responses from her fans.