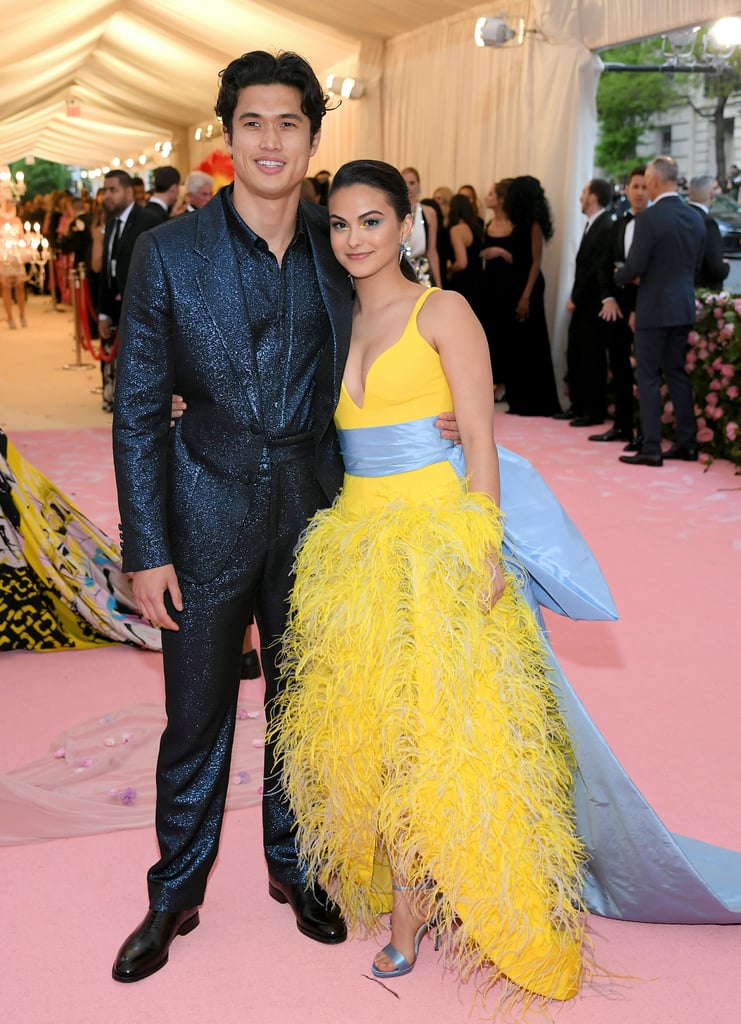 Camila Mendes has made her Met Gala debut this year — and she didn't do it alone. The actress attended the star-studded event on May 6 with her boyfriend and Riverdale costar Charles Melton. Fellow costars and couple Lili Reinhart and Cole Sprouse were also at the event after memorably taking their relationship public at the 2018 Met Gala. (Madelaine Petsch, yet another costar, was also in attendance.)

In an interview with POPSUGAR ahead of the Met Gala, Camila expressed her excitement about Met Gala debut. On the exaggerated camp theme inspired by Susan Sontag's 1964 essay "Notes on 'Camp,'" Camila said, "It's just a perfect year for me to come into this because our show is camp. It's a perfect first Met for me." See photos of the couple's glamorous red carpet appearance ahead.

Related:
These Met Gala Looks Are Dramatic Enough to Entertain You For the Rest of the Year
0
previous images
-28
more images
Previous Next Start Slideshow
Join the conversation
Award SeasonRed CarpetCamila MendesCharles MeltonMet GalaCelebrity Couples
More from POPSUGAR
From Our Partners
Related Posts

Celebrity Style
Lizzo Wore a 24K Gold Bar Clutch on the Red Carpet, So Consider the Bag Secured
by Karenna Meredith 3 days ago

Celebrity Style
Rihanna's Ruffled Dress Looks Like a Flower in Full Bloom, and We've Got Bouquets on the Brain
by Karenna Meredith 3 days ago