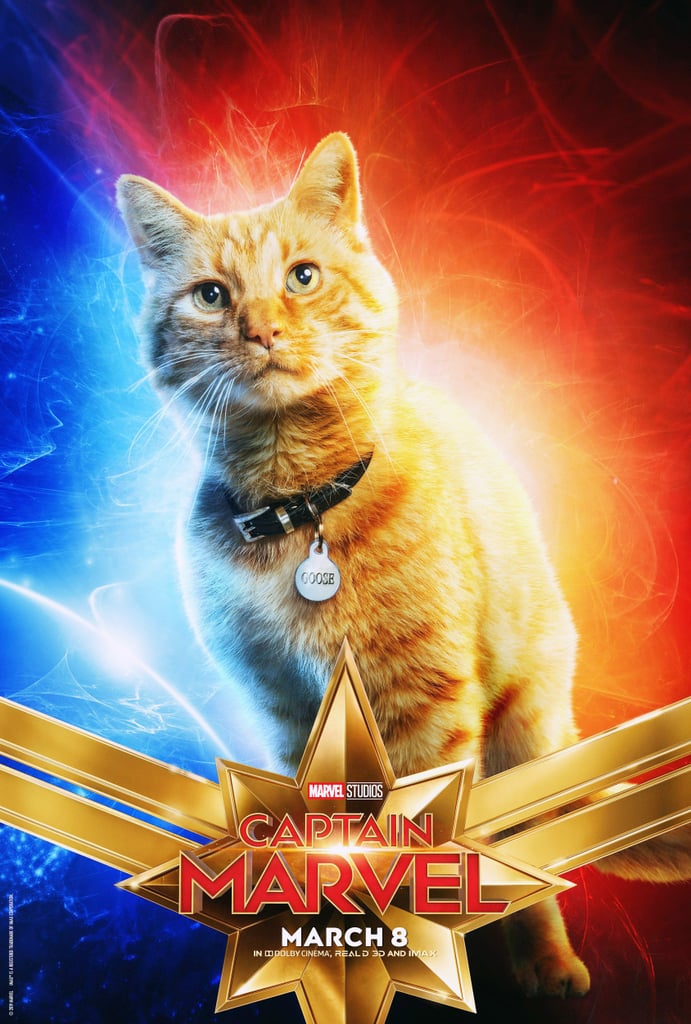 People Are Photoshopping Their Own Cats Into Captain Marvel Posters, and It's Purr-fection

Captain Marvel has given us a lot of unexpected things: a newfound appreciation for Nine Inch Nails, the No Doubt song "Just a Girl" stuck in our heads on a loop, and a deep obsession with a deadly alien named Goose, who happens to look like a cuddly little house cat. It's the latter aspect of Marvel's latest superhero romp that has inspired not only a slew of memes dedicated to Goose, but also some truly adorable (and hilarious) stabs at Photoshop.

On Saturday, Twitter user @doryheartsbooks pointed out that the hashtag "#캡틴마블_우리집구스" had started trending in Korea, and featured a bunch of Captain Marvel posters, only with people's own real-life cats edited into the frame to take Goose's place.

Um... Korea is trending a hashtag for Captain Marvel's Goose in which people are editing their cats into a Captain Marvel background. #캡틴마블_우리집구스 Click on the hashtag. You're welcome.

From derpy faces to big Disney princess eyes, every cat in these improvised posters is cuter than the last. Check them out ahead!