Carey Mulligan scored the cover of Elle UK's January 2011 issue, which is on newsstands now! The actress has been busy wrapping up the current year with award shows in both the US and the UK, but she found a minute to break from the jet-setting to chat about her short hair, her ex-boyfriend Shia LaBeouf, and the pressure to be beautiful in Hollywood. Carey said: 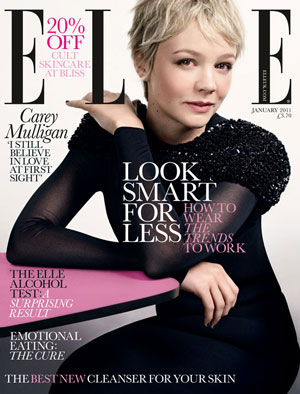 To see what Carey says about spending a day with Warren Beatty, and The Girl With the Dragon Tattoo, just keep reading.