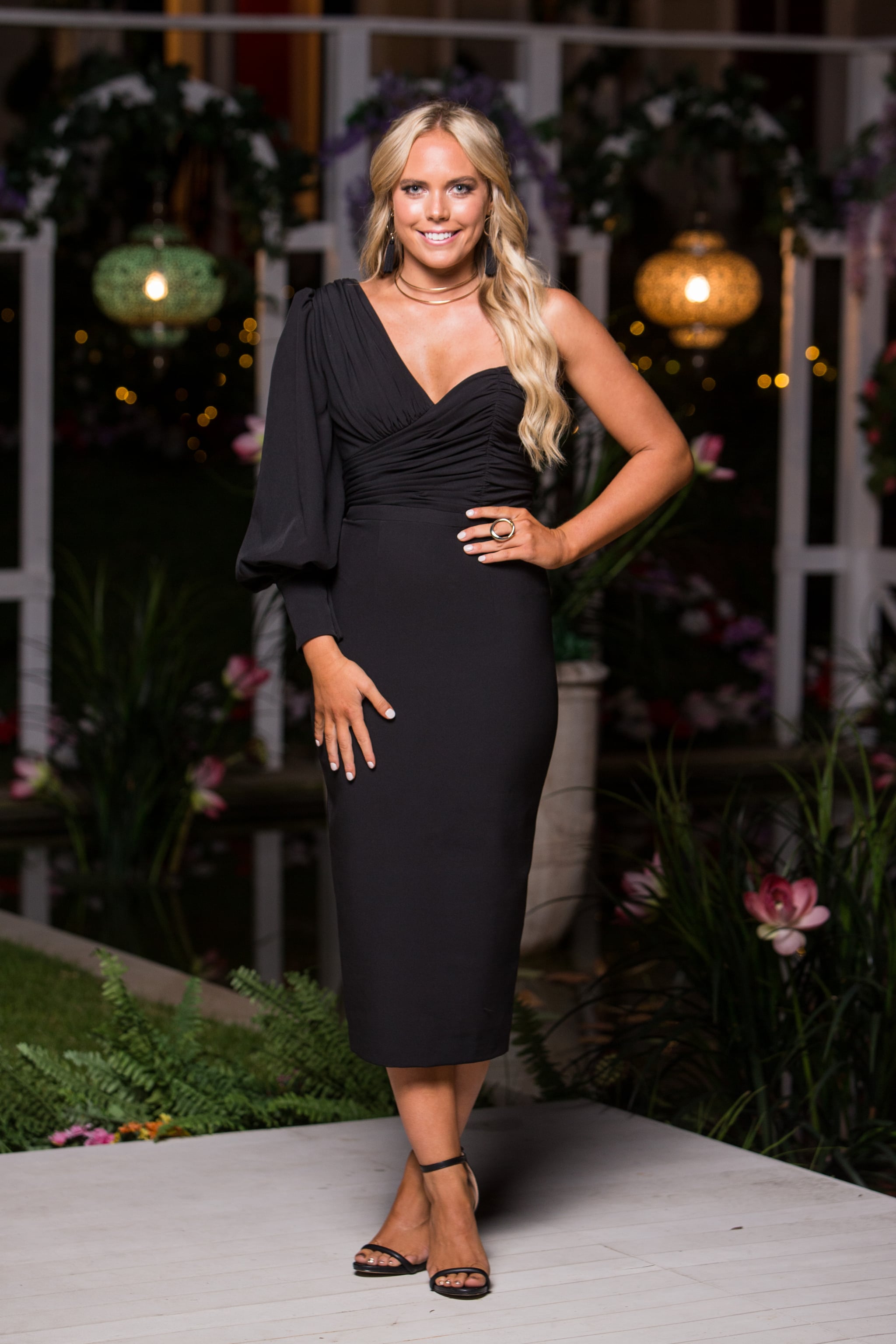 From the moment Cass entered the house, we watched on eagerly as the besotted 23-year-old fought for what she believed to be the love of her life. Never one to shy away from her feelings towards Nick, it was clear right from the beginning that her feelings ran deep. We spoke to Cassie about getting her heart broken on national television and what really happened between her and Nick.

POPSUGAR Australia: You were very emotional throughout the rose ceremony, what was going through your head at the time?

Cassie Wood: Well, as you know there was a confrontation between Britt and I beforehand so that whole thing just kind of really rattled me, and going into that rose ceremony I felt completely numb. I knew what was about to happen, but also I couldn't really comprehend it. I don't know, it was a really tough, intense situation.

PS: Were you more shaken up by the Britt situation or knowing you were about to go home?

CW: Going into it I thought everything was going really well, my hometowns went really well and we had so much fun together, there wasn't really even one bad thing that happened. But just going into that confrontation with Britt, I had no idea what was going to happen and honestly, it was one of the toughest things I've experienced. She was my best friend and I could just see her walking up toward me and there were cameras there and there was this scene sort of set up and I didn't have a good feeling about what was about to go down. But yeah, she came up to me and kinda said that her whole hometowns was ruined by finding out that Nick and I had dated, and the media were saying this could be a ploy and I was just like wow, that's not true at all, this is definitely not a ploy. Anyway, I pretty much had a full on panic attack because I just didn't know how to handle it, I felt so horrible and I tried to explain to her that I had told them there was history but I just didn't go into detail because I didn't want to hurt [her] but maybe I should have done it a different way.

PS: What exactly did you tell the girls about the history between you and Nick?

CW: I just said at the very beginning that I knew him and just explained we went to the same gym and had some of the same friends. As time went on I did say, "Look, I did like him before coming here, we'd always cross paths, there is past history," but I just didn't say that we'd gone on dates and that we'd kissed. I just let people assume what they wanted to assume like, people knew stuff was going on but I just left out the little details. It was just a really hard situation, I didn't want to make [the girls] feel uncomfortable and make Nick feel uncomfortable, I just really didn't know how to handle everything.

PS: Were you already in love with Nick going into the house?

CW: It's a hard question to answer because we dated and he would go away overseas and so would I and we'd come back and go out to dinner and hang out quite a bit. But it was kinda like stop start, it wasn't consistent, and then timing really did get in the way. I always thought he was someone I'd want to be with but I was always too scared to actually tell him how I was feeling and I never knew he was ready to settle down or wanting a girlfriend, so I'd say I had very strong feelings for him but not sure if it was love. He was definitely someone I could see myself with but going into that situation everything grew and we just picked up where we left off.

PS: Did you end up falling in love with him?

CW: Um, yeah I was definitely falling for him. Yeah, definitely.

PS: Do you think it was an advantage or disadvantage knowing him prior to going on The Bachelor?

CW: A little bit of both. It was definitely a good thing because we got to spend time with each other in the real world without cameras in our face, and we got to have amazing conversations and became really close to each other. We'd told [each other] things we wouldn't tell other people and it was just really good. I really knew him and he really knew me before going in and in that situation there's barely any time you get to spend with the guy, so I think I was very lucky in that sense. I think that's part of the reason why I didn't really get a single date until later on because he wanted the chance to get to know the other girls as well. I think also in that situation we became really comfortable around each other because we had this unnatural environment with cameras and then we had each other which was more comfortable and natural, so it was awesome having each other there.

PS: How was it for you knowing the other women were dating him?

CW: It is a weird situation but you don't really see Nick go on a date with the girls and you don't see them physically together so it wasn't really that hard. You often separate your friends from what's really going on so it's almost like you're not dating the same guy — until you think about it and then you're like oh yeah, it's pretty weird.

PS: The hometowns seemed to go well. What did your family think of him?

CW: All they wanted was to see me happy and they could see that with him. He got a long with my family really well, he fit right in and everything was going really well. They didn't have a bad word to say about him at all.

PS: That was your last chance to tell him how you really felt but you couldn't find the words. Do you think if you had, the outcome might have been different?

CW: Not really. I could have told him I was falling in love with him and then been heartbroken anyway. I think he knew how I really felt, he could see it on my face and that's exactly what I didn't want to happen, admit to falling for him and getting my heart broken which is kind of what happened anyway.

PS: Have you seen Nick since the show ended?

PS: Do you think you could remain friends with him?

CW: Yeah I think so. It does suck because he is someone I wanted to be with but at the end of the day I respect his decision. My two best friends were in that top four as well and I think they are all genuine girls, so I respect his decision and I'll be mature about it and remain friends.

PS: Has it been hard for you watching the show back?

CW: A little bit because the last few months have just been so weird, it's kinda like a limbo period. Watching back now I am reliving everything that happened and it is a bit of a weird period especially watching my heart get broken on TV.

PS: Do you still have feelings for Nick now?

CW: I don't know. Like I said this period had been really weird and hard but I think watching [last night], as it was the end of everything, I can finally move on and I don't know, he's definitely someone I always liked but yeah note sure, I'm lost for words.

PS: Have you found a new man in your life yet?

CW: No because I feel like I'm still . . . It wouldn't be right because I'm reliving all these emotions and feelings really so I think once [the show] is over I'd be able to move on and think about . . I'm still still trying to find that person but just trying to get through this first then I'll be able to focus on that.