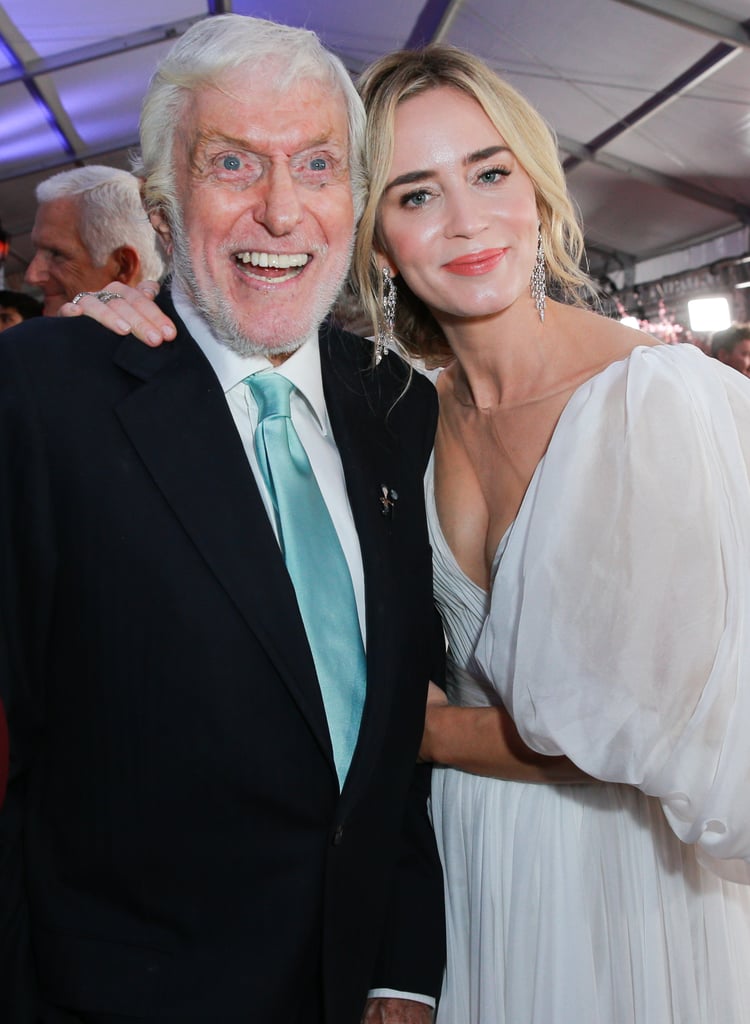 Although we've done well with waiting for the release of Mary Poppins Returns without going crazy, our patience is beginning to wear thin after seeing the cast's recent red carpet appearance. On Thursday, Emily Blunt, Dick Van Dyke, Lin-Manuel Miranda, and the rest of the cast attended the LA premiere of the film, and they looked like they had a total blast. They flashed bright smiles at the cameras and laughed together all while looking fabulous (just BEHOLD the sleeves on Emily's dress).

Emily and husband John Krasinski looked absolutely beautiful together, and it seems John was able to hold back his tears while he was there supporting his wife. Dick — who played Bert in the 1964 version of the film and makes a cameo in the upcoming remake — also looked like he took a spoonful of sugar as he playfully posed and shared a kiss with his wife, Arlene Silver. But he wasn't the only original cast member there. Karen Dotrice, who played Jane Banks in the first Mary Poppins film, also stopped by to snap a few pictures.

See more photos of the cast ahead to prepare for the magic of Mary Poppins that will return on Dec. 19.