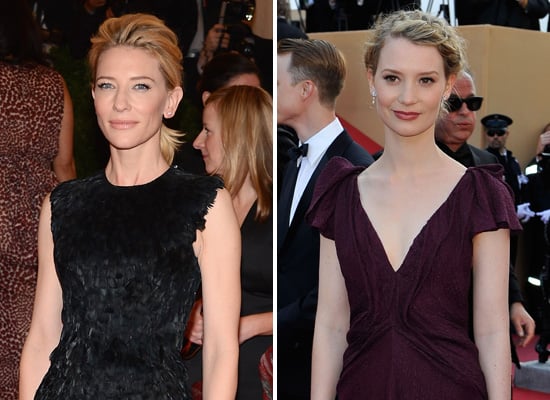 Cate Blanchett and Mia Wasikowska are heading to the big screen together in a project that will see them play lovers. They’ve been cast in Carol, an adaptation of the Patricia Highsmith novella The Price of Salt, which is about two women who fall in love in New York in the 1950s (Patricia also wrote The Talented Mr. Ripley and Strangers on a Train). Filming will kick off in London and New York in February 2013. Mia was just in Cannes to promote her latest film, Lawless, with fellow Aussie Guy Pearce and co-stars Jessica Chastain and Shia LaBeouf. Coincidentally, Cate is attached to a different film called Lawless, which also lists Ryan Gosling, Natalie Portman and Christian Bale in its cast.

Movies
In Case You Were Curious, Here's What the Halloweentown Cast Has Been Up to Since 1998
by Monica Sisavat 23 hours ago