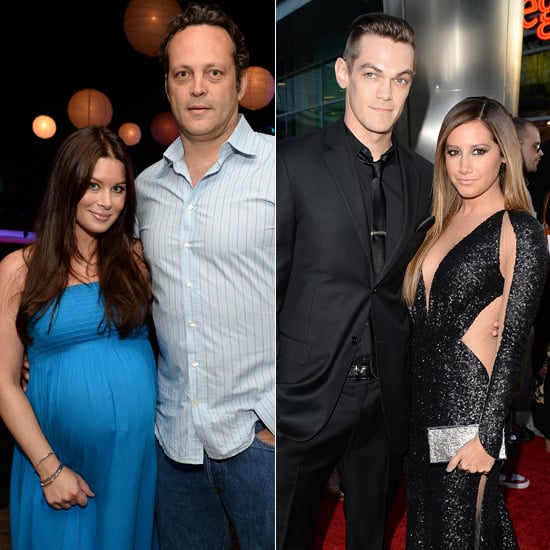 It's been a big few days for two Hollywood stars, with news overnight of the arrival of a new baby, and an engagement! Vince Vaughn and his wife Kyla welcomed their second child, a son name Vernon Lindsay, into the world on August 7. The couple, who already have daughter Locklyn, 2, confirmed the news through their rep. The boy weighed 3.74 kilos and is named after Vaughn's father.

Meanwhile, Ashley Tisdale has some good news of her own, getting engaged to boyfriend Christopher French on August 8. French, a musician, proposed to his actress girlfriend on the 103rd floor of the Empire State Building in New York City, with Ashley tweeting soon after, "Best night of my life. We're on top of the world". Congratulations to both the happy couples!