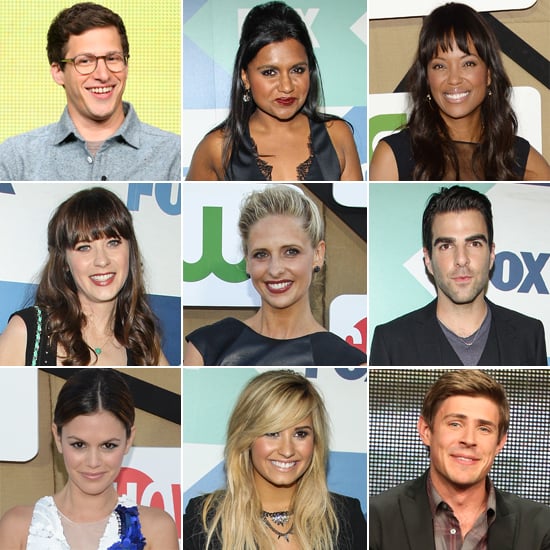 All Your Favourite TV Stars at the TCA Press Tour

If there's one thing to look forward to at the Summer Television Critics Association Press Tour — aside from the scores of panels, of course — it's the spectacular parties! Last night was the Fox All-Star party, and the event bolstered a huge guest list, including Zooey Deschanel, Zachary Quinto, Demi Lovato, and more. The party came on the heels of Monday night's CW, CBS, and Showtime party, which featured guests Rachel Bilson, Neil Patrick Harris, Anna Faris, and Sarah Michelle Gellar.

Stars have also been participating in panels to promote their shows and give fans an inside look. Simon Cowell was at the discussion panel for The X-Factor, and politely dodged a question about his baby with Lauren Silverman. Meanwhile, Andy Samberg took the stage to talk about his new show, Brooklyn Nine-Nine, and Veronica Mars star Chris Lowell stopped in on the discussion panel for Enlisted. Get a look at the biggest parties and panels from this year's Summer TCA Tour.