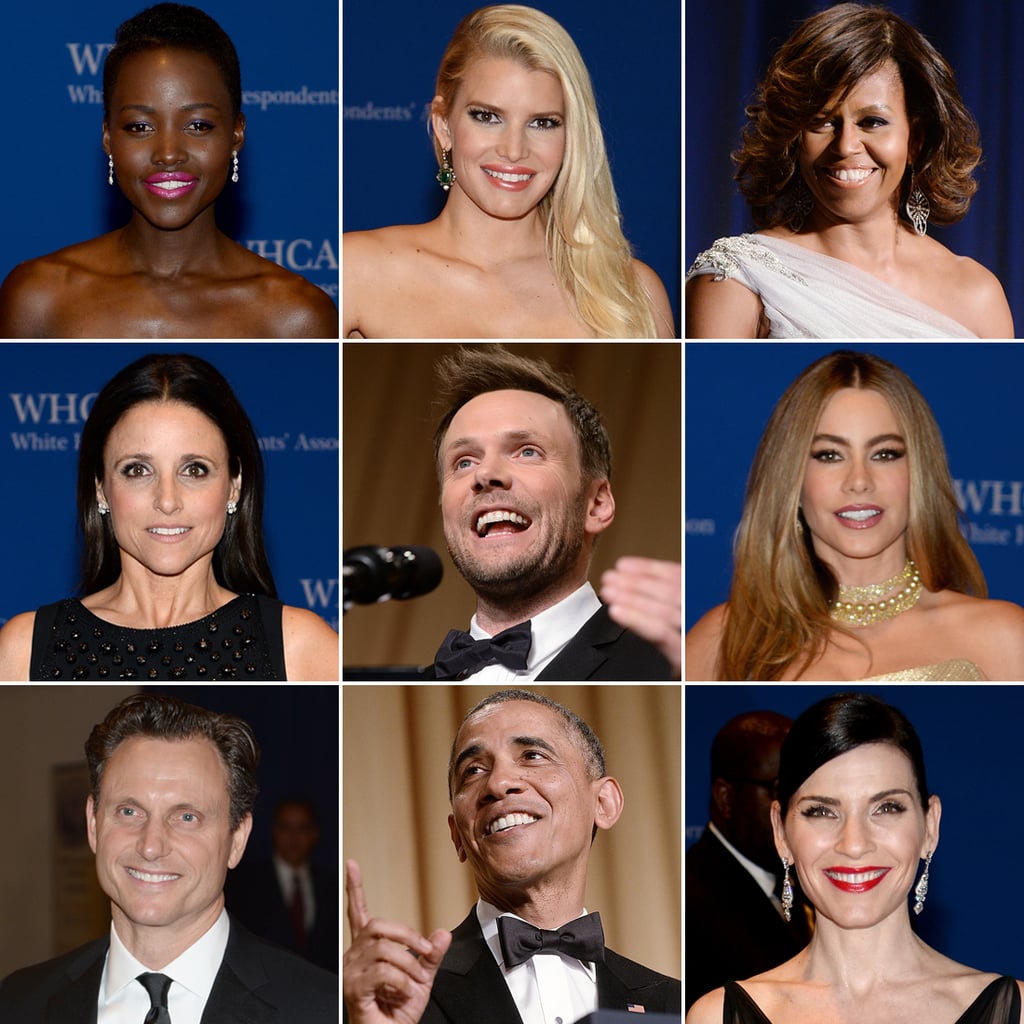 The White House Correspondents' Dinner quickly became a veritable who's who of the entertainment and political worlds on Saturday, drawing the likes of Lupita Nyong'o, Jessica Simpson, and the most surprising duo of the night, Al Sharpton and Sen. John McCain. True to tradition, stars were dressed to the nines for the annual event, ready to see President Barack Obama in person. Lupita made a stunning arrival in a black-and-white ensemble, and Jessica revealed her cleavage in a floral dress. Inside the dinner, Modern Family co-stars Sofia Vergara and Jesse Tyler Ferguson took a memorable selfie before Joel McHale had everyone — including the commander in chief! — laughing at his often-inappropriate jokes. Keep reading to see the exciting arrivals!