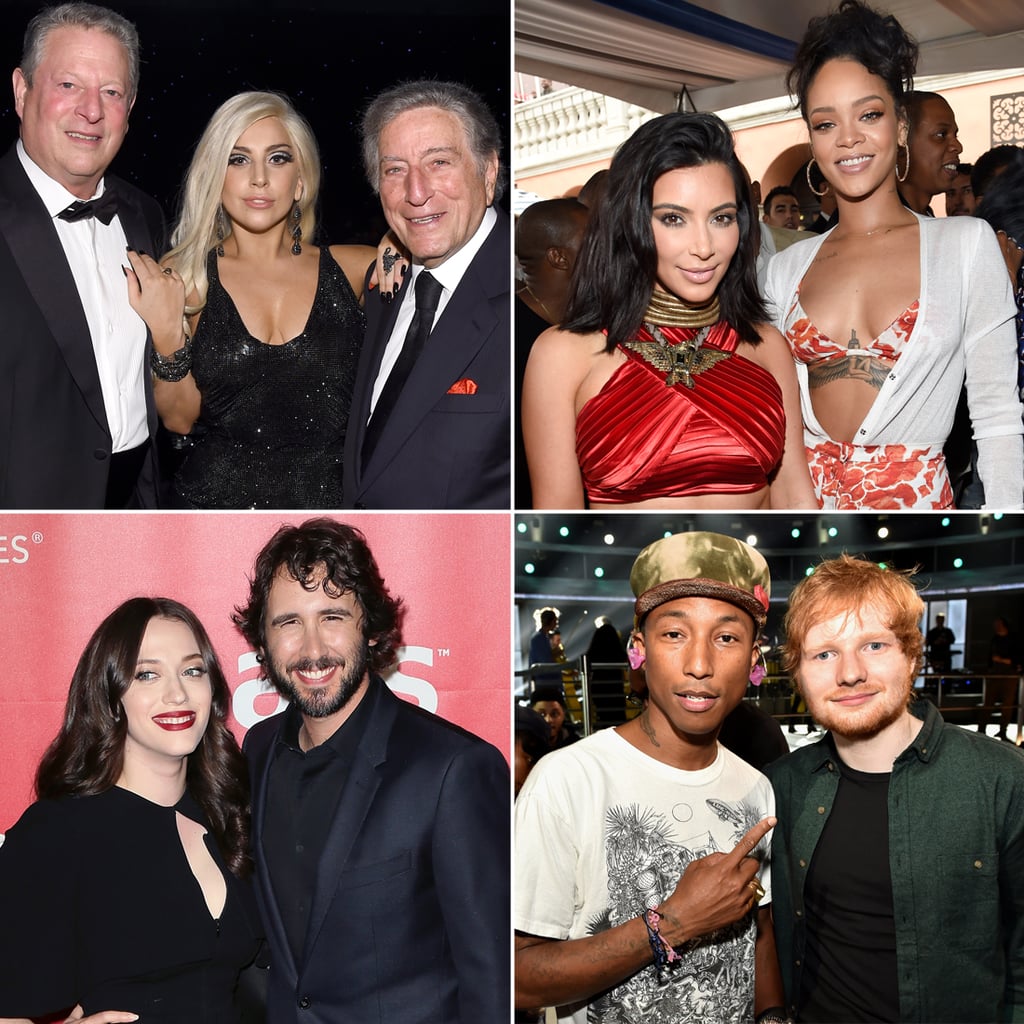 Celebrities aren't wasting any time gearing up for all the Grammy Awards excitement. Throughout the past few days, stars have been stepping out for popular pre-Grammys parties in LA, giving us a preview of the faces we'll see at today's big show. Over at the MusiCares 2015 Person of the Year Gala on Friday, Lady Gaga chatted up former Vice President Al Gore and Tony Bennett, and Kat Dennings and Josh Groban gave us a glimpse of their romance.

Meanwhile, a handful of celebrities saved their energy for daytime fun at the Roc Nation and Three Six Zero brunch on Saturday. While Beyoncé stole the spotlight with Jay Z and Willow Smith, Kim Kardashian caught up with Rihanna, and Nick Jonas and Demi Lovato inspired major flashbacks to their Disney days. In between the events, performers turned the Grammys rehearsals into a party, with Pharrell Williams showing his love for Ed Sheeran, and Kanye West managing a big smile. Keep reading to see the stars rub shoulders, and then prep for the show with a look at everyone who will take centre stage today.