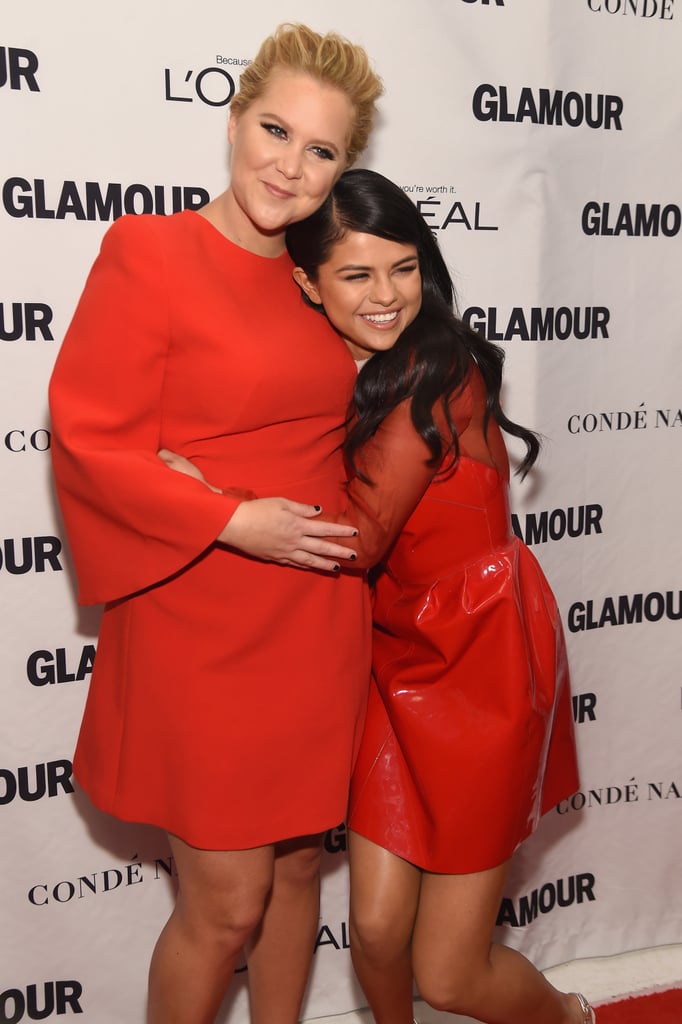 It was all about celebrating powerful women from across the worlds of sports, film, fashion, and entertainment at the Glamour Women of the Year Awards in NYC on Monday. Reese Witherspoon, Jennifer Hudson, Sophia Bush, Misty Copeland, and Serena Williams all struck poses on the red carpet, along with Emmy award-winning actress Viola Davis, who was accompanied by her husband, Julius Tennon.

Inside, Victoria Beckham was honoured for her work as a fashion designer as well as her philanthropic efforts, and was joined by her son, Brooklyn, who presented her with the trophy. Caitlyn Jenner was recognised as a female trailblazer for her courage and grace following her transition in April. Meanwhile, Selena Gomez and Amy Schumer were the perfect pair of BFFs and Jennifer Hudson and Ellie Goulding both took the stage inside for a special performances. Read on to see more highlights from the star-studded evening.