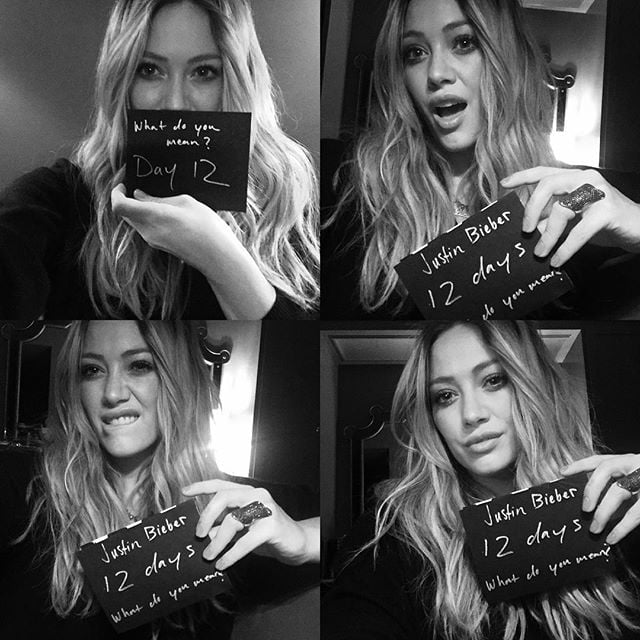 Justin Bieber Responds to Usher's Funny Song Promotion Video: "He Gets It"

This is one star-studded countdown! Usher, Hilary Duff and Matt Lauer are the latest celebrities to help Justin Bieber tease his upcoming single, "What Do You Mean?" Justin shared Usher's hilarious video on Tuesday, saying his former mentor "gets it." In recent weeks, Justin has recruited several more famous faces — including new collaborator Mariah Carey and Kylie Jenner — to promote the song.

The 21-year-old Canadian first spoke of the headline-grabbing single when he stopped by On Air With Ryan Seacrest and announced its release date, Aug. 28. Justin explained that the pop ballad was written about girls, saying, "Well, girls are often just flip-floppy." He added, "They say something and they mean something else. So . . . what do you mean? I don't really know — that's why I'm asking." Keep reading to see all the stars who are helping to build anticipation for Justin's single, then watch a room full of cute guys totally destroy Justin's "Where Are Ü Now."