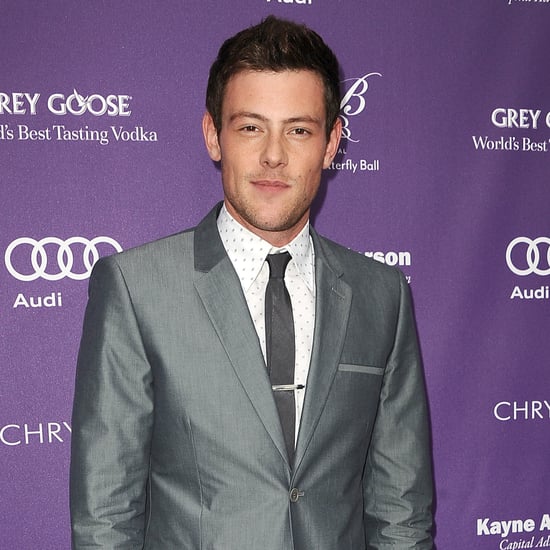 Glee star Cory Monteith has died at age 31. He was best known for his role as football player-turned-singer Finn Hudson, and was currently in a real-life relationship with his onscreen love, Lea Michele. Cory's fellow co-stars and celebrity fans like Nina Dobrev, Kim Kardashian, Taylor Swift, Joel McHale, Zooey Deschanel, and more are already taking to social media to share their sadness over the devastating news. See below for their immediate reactions.

I'm gutted. Shocked and saddened to hear the news, my heart goes out to Cory's family and friends. Lets respect their space as they grieve.

Just heard about the death of Cory Monteith. So sad. Prayers 4 his family. Praying 4 Lea too! Words cant describe what they must be feeling

#CoryMonteith no words. Prayers. Thoughts w his family. This is terrible. Can't speak.

This is such sad news about @CoryMonteith - what an absolutely tragic loss of a very talented young man.

I HAVE NO WORDS! MY HEART IS BROKEN CORY WAS NOT ONLY A HELL OF A FRIEND HE WAS ONE AMAZING MEN THAT I WILL HOLD CLOSE TO MY HEART FOREVER

RIP CoryMontieth. You will be loved. Always.

Speechless. And for the worst reason.

I just heard about Cory Monteith.. Rest in peace, everyone close to him and affected by this loss you're in my prayers.

I will always cherish you in my heart. Thank you for so many wonderful days. I love you CM ... pic.twitter.com/HW5me8dmLo

The guy I shot my first acting scene with. The nicest guy I've met. Can't believe it.

Thoughts & prayers go out to parents and loved ones of Cory Monteith. So sad. Rest in Peace.

I am truly saddened to hear about Cory Monteith. What a talented and sweet guy. My prayers go out to his family and loved ones.

Goodbye my amazing and beautiful friend. The lights in my world just grew dimmer. The world just lost one of our best. I love u so much...

Corey was taken from this world too soon... I'm glad I had the opportunity to know him. http://t.co/ydlpqfdF6V #RIP COREY

Really awful to lose someone so young and talented. RIP @CoryMonteith

R.I.P. Cory Monteith. Always heard what a great guy he was. A real gentleman. Prayers for his family. #waytoosoon

R.I.P. Cory Monteith. You left your mark with our generation. You and your talent will be missed. Sending love and strength to your family

#CoryMonteith a loss of words. May you rest in Peace. Thoughts and prayers to his family and friends.

ALL of our lives are precious & can be gone in a flash, live better, smarter & show true appreciation for the now. Sad day.#RipCoryMonteith

This news of Cory Monteith's death just shakes me to my very core. So young. My thoughts and prayers to his family and friends.

Oh my god, my heart & prayers go out to the family & loved ones of Cory Monteith. This is heartbreaking. Tragic.

shocked and so heartbroken to hear the news about Cory. my heart goes out to his friends and family.