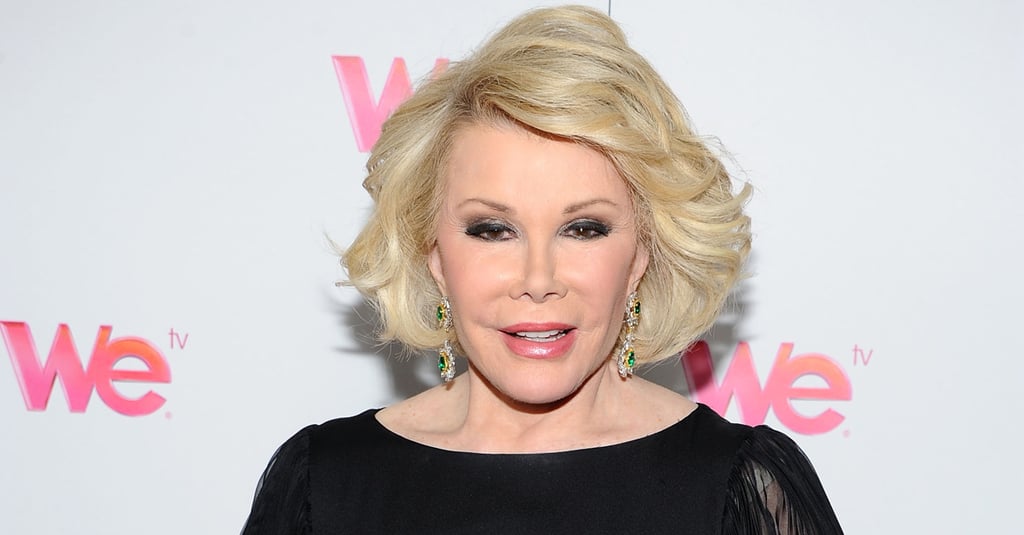 When Joan Rivers passed away at the age of 81 on Thursday, Twitter was immediately flooded with kind words and remembrances from not only fans but also Joan's friends and fellow comedians. Joan was nothing short of an entertainment pioneer, carving a space of her own in the male-dominated field of comedy of the '60s and '70s and later launching The Late Show. She also completely re-created the red carpet experience at award shows thanks to her hilarious coverage alongside her daughter, Melissa Rivers. See how stars are remembering the iconic comedian below.

I'm completely heartbroken by the loss of my beloved Joan. Not only was she my boss, she was and will always be my...

A legend, a friend, a mentor, an icon, and wildly funny. One of a kind. RIP #JoanRivers @joan_rivers pic.twitter.com/jnAC5G4AQo

My friend Joan Rivers has passed away once again to quote Billy Crystal... There are no words. Bon Voyage Joan 😢

My heart is torn in half.
She wasn't done.#Joan http://t.co/XH87wAT4Mb

.@Joan_Rivers was a dear & wonderful friend who I've known for 45yrs. Great guest, pal, comedian & mother. We will never see her likes again

Joan you were a fucking trailblazing assassin & I will love you forever & ever. Thank you.

My heart goes out to Melissa & her son Edgar Cooper. Love and respect from the Osbourne family to you both.

RIP the mighty Joan Rivers. Funny & fearless. Truly one of a kind.

Heartbroken to hear about Joan Rivers. She was so kind to me, to my family, and she helped many people behind the scenes. RIP to the legend.