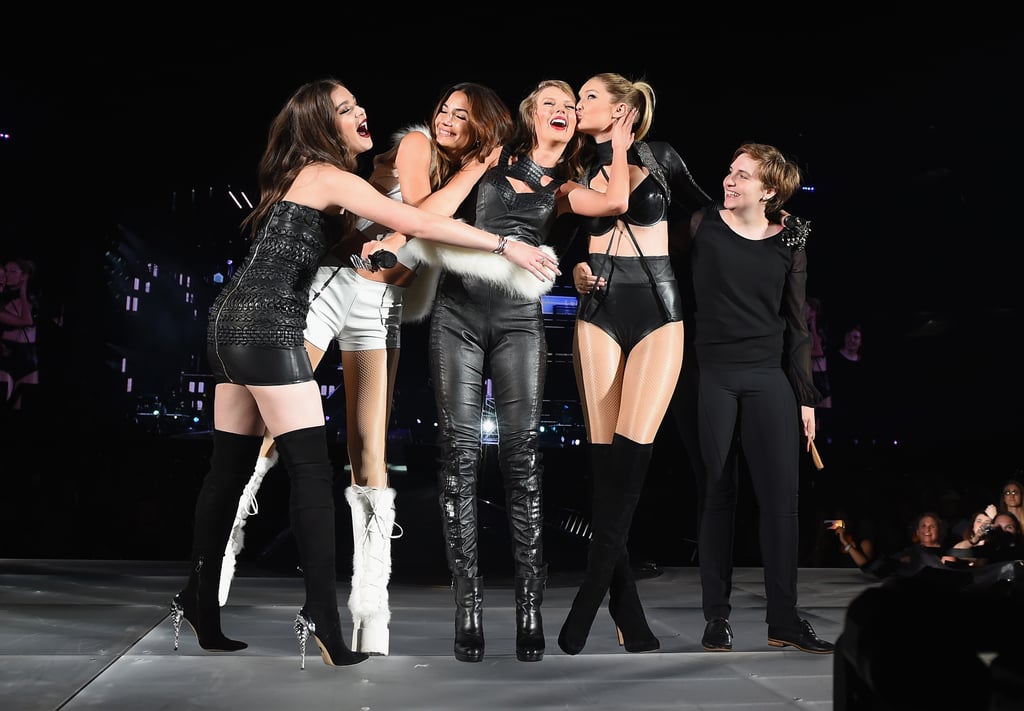 Taylor Swift Throws Her Most Star-Studded Concert Ever

Taylor Swift's fans got way more than they paid for on Friday. During her concert in East Rutherford, New Jersey, Taylor wowed audiences with two star-studded moments on stage. Taylor kicked things off with a patriotic performance, courtesy of the US women's soccer team. Mere hours after celebrating their World Cup win at a parade in NYC, the ladies waved American flags and threw their hands up as Taylor sang "Style" and showcased their big trophy. "Got to welcome the U.S. Women's Soccer Team home after their World Cup Victory- I LOVE THEM AND THEY ARE THE NICEST," she wrote in a sweet Instagram post. Heidi Klum also got in on the fun, cheering along on the catwalk.

The second surprise was a "Bad Blood" reunion of sorts. Taylor took the stage by storm with a handful of her pals, including a cigar-holding Lena Dunham, Hailee Steinfeld and supermodels Gigi Hadid and Lily Aldridge. "We're going to bring the 'Bad Blood' video to life," Taylor told the crowd. She later invited The Weeknd on stage, and the two sang his new single, "Can't Feel My Face."

Lena touched on every detail of her appearance on Instagram, first writing, "Remember that time I walked a runway with multiple super models and @taylorswift? Nope, me neither, cuz I blacked out. What a beautiful moving joyfest of a show, Tay. It's the third tour I've seen you do and you just keep evolving all wild and free. Being a member of your audience is as inspiring as being your friend." She followed it up with an action shot that perfectly captured how she felt. "But seriously, how did that drug addicted secretary get up there?" Lena wrote, poking fun at her all-black outfit. "Or is she a runaway cellist? Oh I know it's a 7th grade boy who is into tech theater."

Celebrity appearances have quickly become a hallmark of Taylor's extravagant 1989 tour. Kendall Jenner gave a fierce strut alongside famous BFFs during Taylor's London concert in June, and Gigi made her first appearance on stage with Taylor at a May performance in Detroit.

Celebrity Instagrams
Reese Witherspoon Is All of Us Sneaking Pie Before Dinner: "Nobody's Gonna Know"
by Perri Konecky 12 hours ago