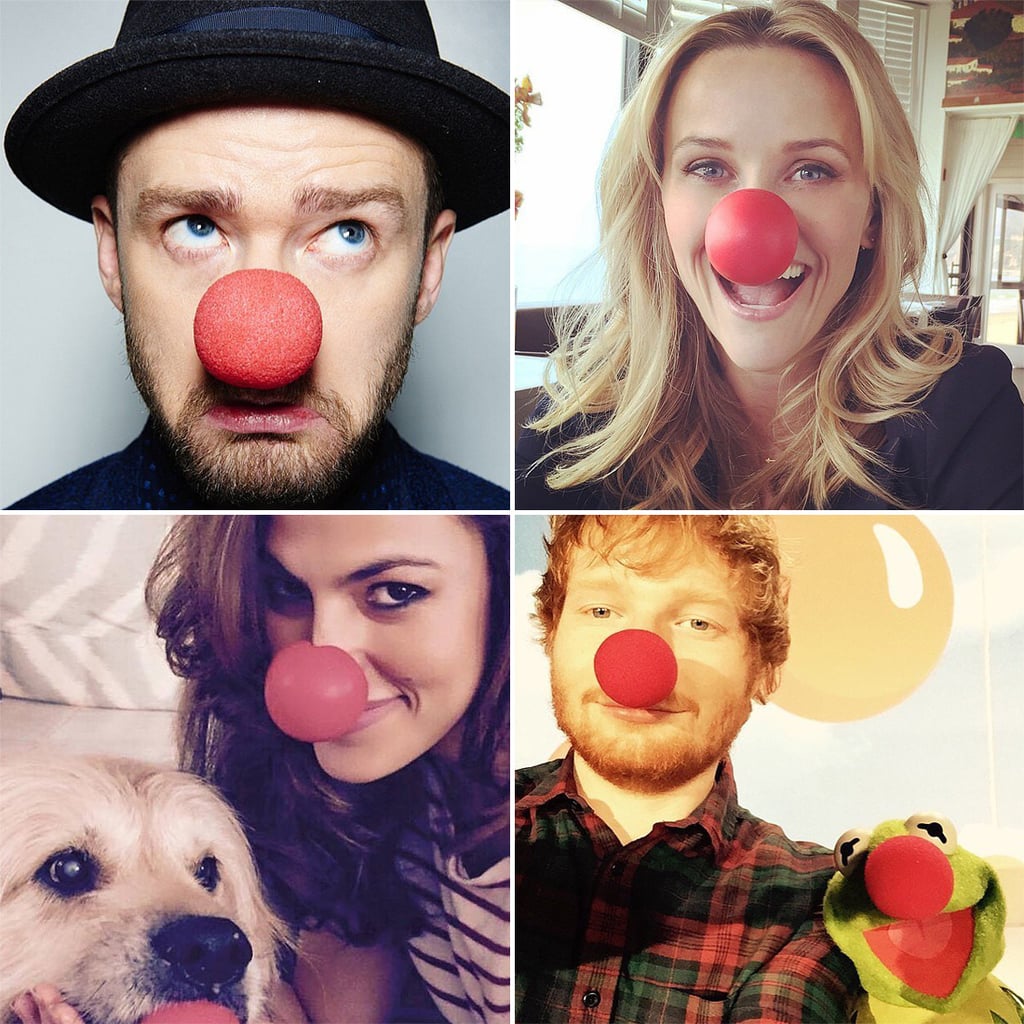 Stars from across the globe came together last week to celebrate US Red Nose Day, a campaign dedicated to raising money for children living in poverty. A telethon event aired on NBC on Thursday night with Seth Meyers as the host, and stars like Rose Byrne, Julia Roberts, Zac Efron and Gwyneth Paltrow all contributed to the cause with funny skits, hilarious viral videos, and onstage appearances. Tonnes of other celebrities took to social media to show their support for Red Nose Day, sharing adorable snaps of themselves sporting the campaign's signature silly red nose. We've rounded up the cutest ones here — scroll through to see them all now.