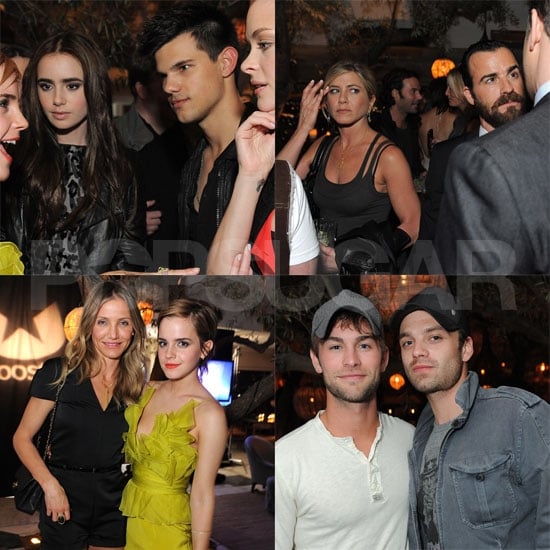 The fun continued following last night's MTV Movie Awards with an after party at LA's Soho House. The event's host, Jason Sudeikis, mingled with new couple Jennifer Aniston and Justin Theroux, who were spotted getting close and kissing at the bash. Emma Watson was quite the social butterfly after showing a new clip from Harry Potter at the ceremony. She chatted with Bad Teacher star Cameron Diaz before moving on for conversations with Jamie King, Lily Collins, Taylor Lautner, Emma Stone and Andrew Garfield. Despite rumours, Cameron Diaz and Alex Rodriguez haven't broken up, since he was there to hang out with her and they were spotted heading home hand in hand. Chace Crawford had a guys' night with his Gossip Girl buddy Sebastian Stan, who managed to steer clear of his ex Leighton Meester. Robert Pattinson and Kristen Stewart also swung by the Soho House, but they managed to evade photographers as they cuddled in a corner.

Oscars
Rihanna's LBD Is Anything but Subtle, and Her Crystal Heels? Yep, They're Pretty Wild, Too
by Victoria Messina 2 weeks ago 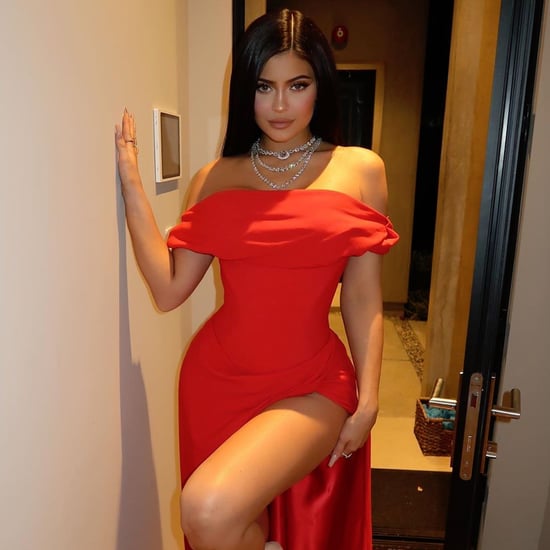 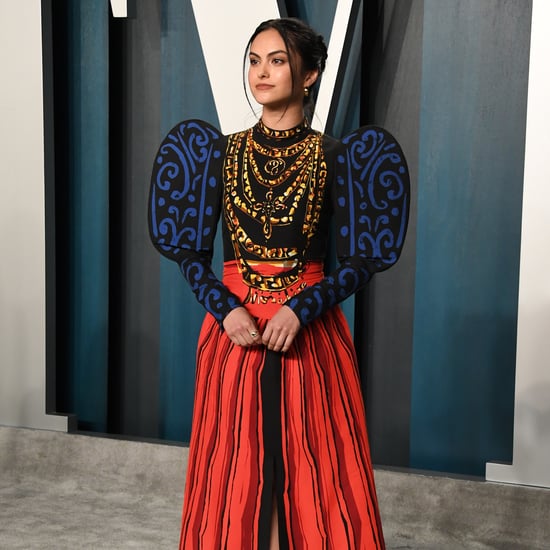 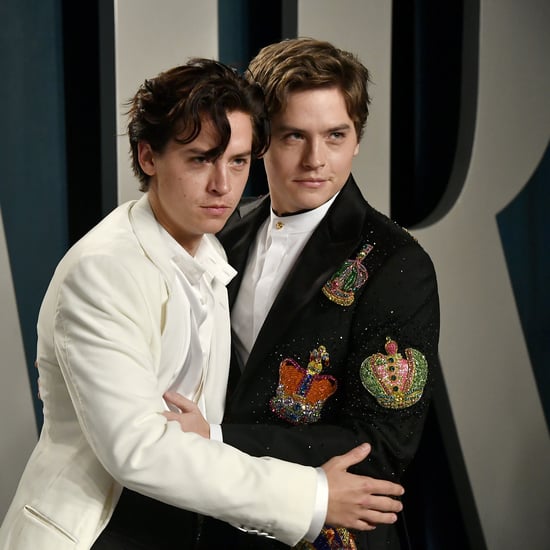 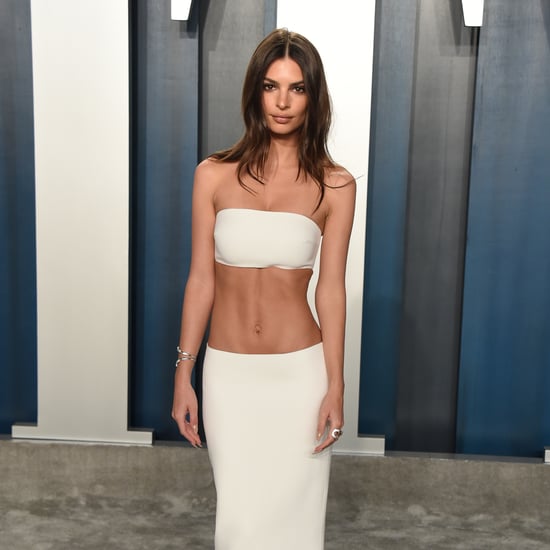 Oscars
The Glamour Continues! These Oscars After Party Dresses Will Have You in Awe
by Haley Lyndes 2 weeks ago 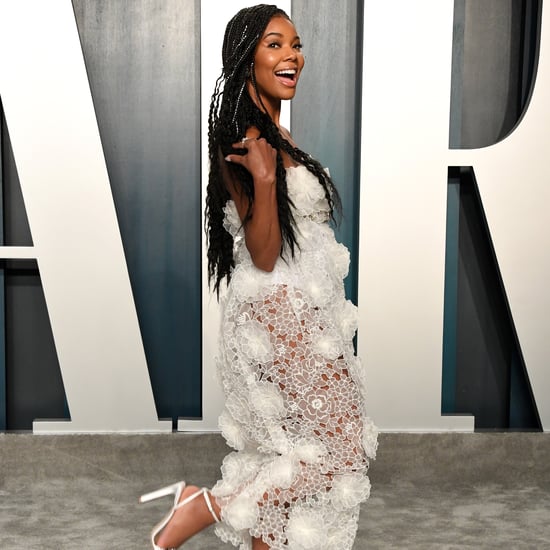 Oscars
It's Party Time: See Every Incredible Dress at the Vanity Fair Oscars Afterparty
by Sarah Wasilak 2 weeks ago