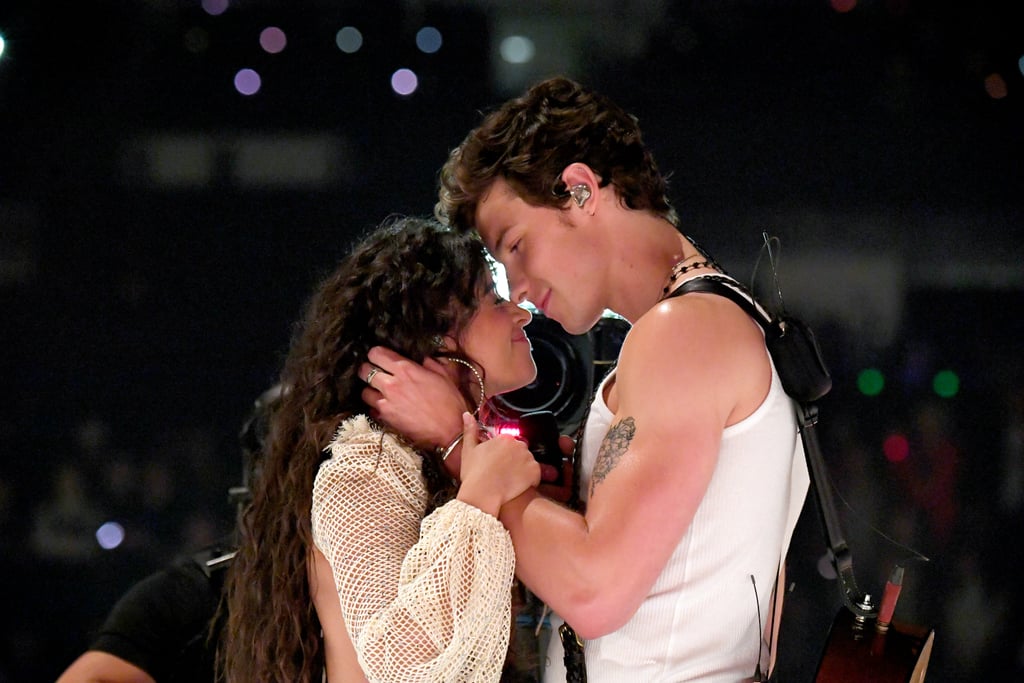 The audience cam is a true gift. This was especially true at the 2019 MTV VMAs, where cameras caught several celebrities absolutely losing their sh*t during Shawn Mendes and Camila Cabello's sexy performance of "Señorita." Like many viewers at home, the crowd really went wild when the two singers were at the brink of a kiss — noses touching and all! — at the very end of the performance.

The performance left Taylor Swift fanning herself, as Bebe Rexha paced around and proceeded to chant "kiss" until it was apparent that Shawn and Camila would leave everyone hanging. Sophie Turner, Nick Jonas, and Joe Jonas, meanwhile, were pretty much flailing the entire time. Joe later shared the clip on Instagram and wrote, "VMAs are over, but we're still waiting for that kiss tho."

In case you were wondering, Shawn and Camila have maintained that they are simply close friends for quite some time. Following the release of "Señorita" earlier this Summer, however, the two were rumoured to have taken their relationship from platonic to romantic. Shawn and Camila have also since been spotted showing PDA and kissing in public . . . although perhaps the VMAs were a little too public.

Related:
Get a Front Row Seat to This Year's VMAs With Over 100 Pictures From the Show
Previous Next Start Slideshow
Join the conversation
Award SeasonBebe RexhaCamila CabelloShawn MendesMTV VMAsJoe JonasTaylor Swift
More from POPSUGAR
From Our Partners
Related Posts