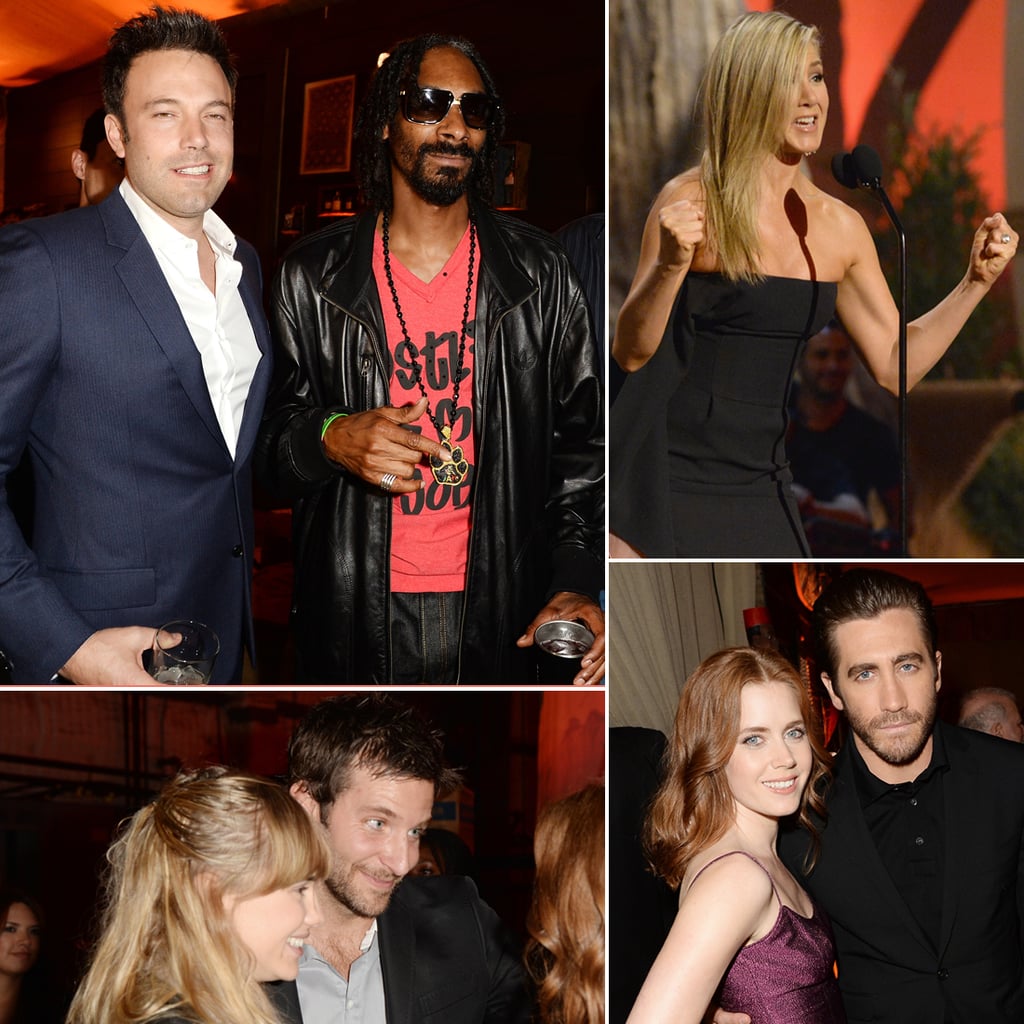 See All the Stars at the Guys Choice Awards!

It was a star-studded night at Spike TV's Guys Choice Awards inside Sony Pictures Studio in LA today. The show may have been about the boys, including Bradley Cooper, guy of the year winner Ben Affleck, and Vince Vaughn, but there were plenty of ladies in attendance as well. Jennifer Aniston made a sexy appearance on stage as she presented Jimmy Kimmel with the funniest M.F. honour and Jessica Alba rocked two different dresses during the event. Amy Adams met up with her Man of Steel cast to take home the most anticipated movie of the year statue, and later mingled backstage with Bradley, who brought his girlfriend Suki Waterhouse along as his date. Jason Sudeikis and Olivia Wilde were on hand for the fun as was Jake Gyllenhaal. There were plenty more famous faces in the crowd so click through to see them all!