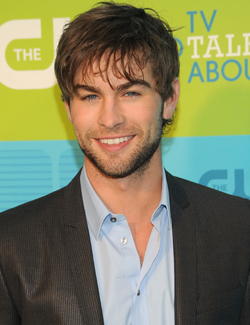 He may be out of Footloose, but Chace Crawford already has another big-screen project in the works. The Gossip Girl actor has just signed on for the indie film Peace, Love and Misunderstanding, alongside Catherine Keener and Jane Fonda. Keener will star as Diane, a buttoned-up lawyer who travels with her children to stay with her hippie mother (Fonda) in Woodstock after her husband leaves her; Crawford will play a war-protesting butcher who earns the affection of Diane's daughter. It looks like Crawford's recent arrest isn't slowing him down, but Woodstock, hippies—perhaps he was just putting in a little extra research?