Chalet Girl follows the story of Kim (Felicity Jones), a cute tomboy who swaps the life she knows — living with her dependent father (Bill Bailey) and working at a burger joint — for a few months of living and working in the Alps as a chalet girl. Armed with sass and sarcasm, Kim doesn’t fit the mould of the usual chalet girls, which is exactly what catches the eye of Jonny (Ed Westwick), the son of her super-rich employers.

You’d be forgiven for thinking that Chalet Girl is a rom-com about the relationship between Kim and Jonny, but it actually focuses more on Kim’s snowboarding hopes and dreams, with a side-serving of romance.

For more on my thoughts on Chalet Girl, just keep reading.

The formula used in this British comedy is one we’re all familiar with: our protagonist Kim is an unlikely star who has talent and drive, and is grounded enough to not get caught up in the exclusive, excessive lifestyle of the people she serves. As a former skateboarder she quickly adapts her skills to the slopes, and with the encouragement of friends — and the allure of winning a huge cash prize that could greatly help her and her father — she decides to enter an annual snowboarding competition. At the same time, she finds that she can’t quite resist the charm of handsome and kind Jonny, who seems to lead a perfect existence but has a few secrets of his own.

Jones hits the right notes as Kim, making her likeable despite her constant sarcasm, and bringing the vulnerability when it’s required (yes, the film has some deeper moments). If fans are hoping to see Westwick shed his Chuck Bass persona, there are still shades of his famous Gossip Girl character here, especially with the wealth and charming nature. Tamsin Egerton is fun as Kim’s fellow chalet girl, while Bill Nighy is the highlight of the supporting cast as Jonny’s father. Brooke Shields as Jonny’s mother feels a little miscast, while Sophia Bush has a small role as Jonny’s girlfriend Chloe, and manages to carry out what’s needed of the character.

The weaknesses of Chalet Girl is that some of the characters feel underdeveloped and there are times when we have to suspend our belief when the plot takes predictable turns — but when does this not happen in such a movie? It’s fun, frivolous and gives us an excuse to see Ed Westwick on the big screen, which is reason enough to go the cinema for any Chuck lover. 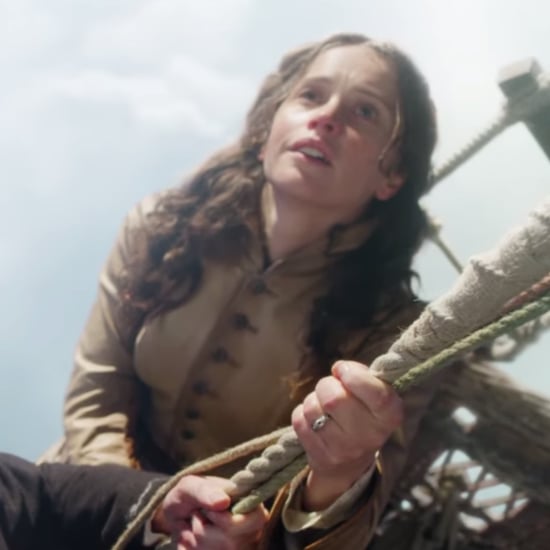