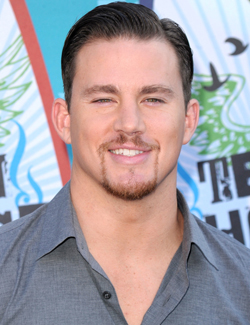 Introducing Channing Tatum, jack of all trades: the actor has just signed on for the film adaptation of Craig Clevenger's novel The Contortionist's Handbook. He'll play an expert forger who assumes multiple identities to escape his troubled past—until a mysterious, beautiful woman throws him off course. But it's not just these different personalities that Tatum will be taking on; he's also serving as a coproducer for the first time. I've got to give props to Tatum, because this actually sounds like an interesting project for his producing debut (at least it beats out Dear John). Even so, I do have a hard time picturing him in the part of such a quick con artist. Do you think he has what it takes to pull it off? And who should play his leading lady?