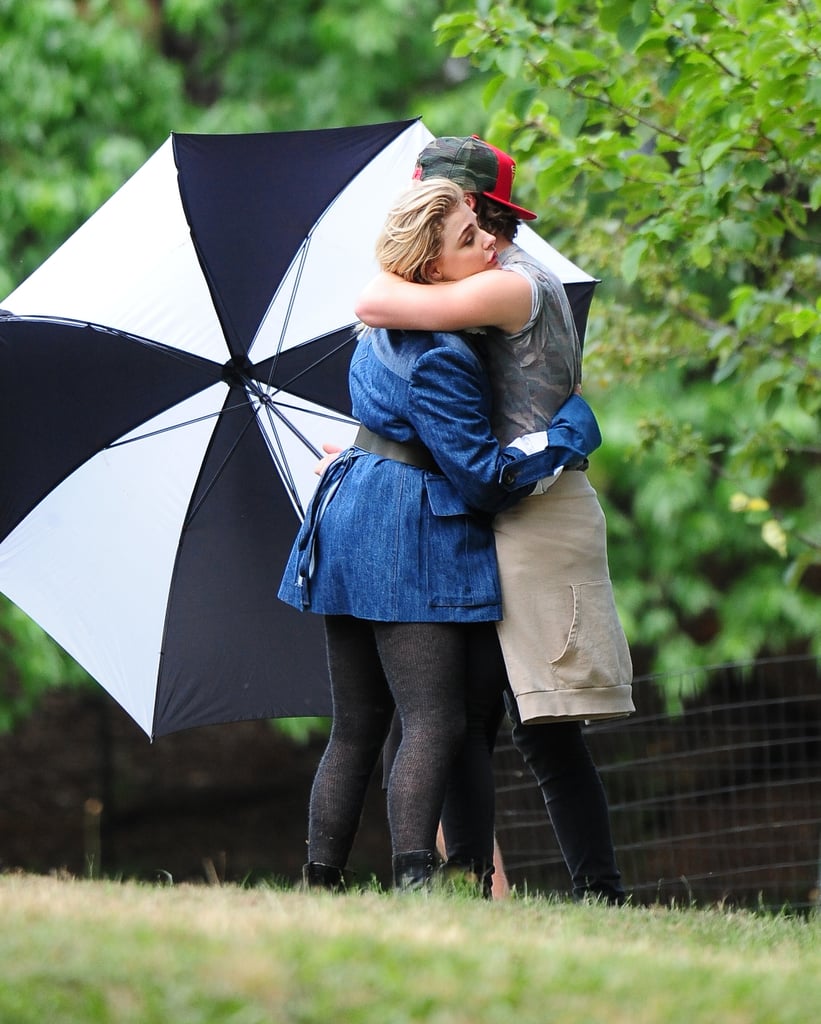 Brooklyn Beckham and Chloë Grace Moretz's young romance just keeps getting cuter. The pair, who confirmed their relationship back in May, took a break from walking the red carpet together on Wednesday so they could embrace the great outdoors during a fun photo shoot in New York City. Brooklyn broke out his own camera to photograph his girlfriend in a park for what looks like a high-fashion spread, and Chloë wasn't afraid to get a little dirty by lying on the ground and up against a tree as she posed in blue and olive military-inspired coats. Later on, they were photographed catching a flight out of the city, where the Neighbors 2 actress flashed a bright smile. Check out photos of their afternoon here!