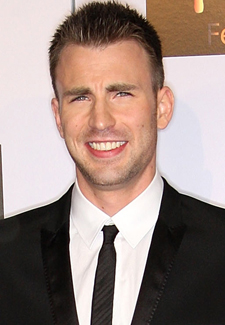 No role in 2010 so far has had more names attached to it than Captain America. Despite a healthy debate here about who should play the superhero, it appears Marvel has settled on an actor: Chris Evans. Evans agreed to a multiple-film deal to portray Steve Rogers and his alter ego. Evans already showed off his powers as Johnny Storm in Fantastic Four, but Captain America is obviously higher profile; there's no ensemble here, just Evans in his stars and stripes. I, for one, am interested to see how Marvel works this franchise—so far the only other detail is that Aussie Hugo Weaving will play the nemesis—but if it's handled anything like Spider-Man, Evans better be ready for his star to explode.