I've been curious to see Chris Evans as Captain America since the big casting decision was announced, and now we get our first look at Evans in his superhero garb on the cover of Entertainment Weekly. Evans talks about accepting the role and reveals he wasn't always gung ho about playing the caped crusader. Here are some highlights from the interview, and you can click over to PopWatch for more. 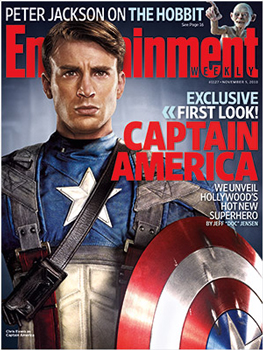