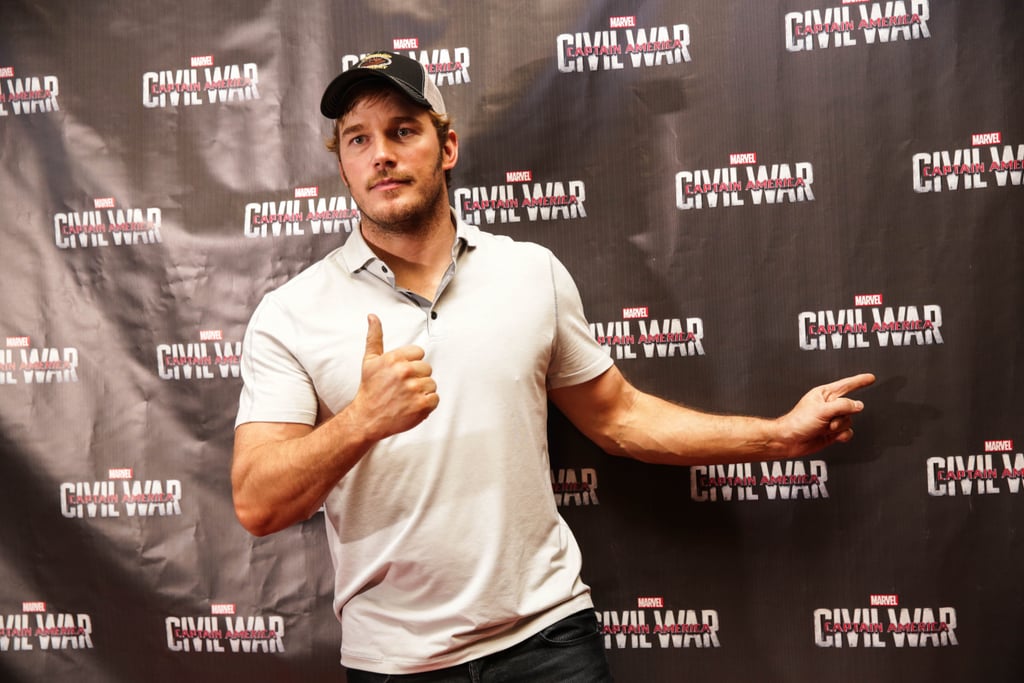 Chris Pratt's superhero body was definitely on display when he attended the Captain America: Civil War cast and filmmakers screening in Atlanta on Sunday. The handsome actor was joined by fellow Guardians of the Galaxy stars Karen Gillan and Michael Rooker, and after posing for pictures on the red carpet, Chris made a point to chat with some of his younger fans. Keep reading for a look at some of the best snaps from Chris's appearance, then see all the times he was cooler than any character he could ever play.