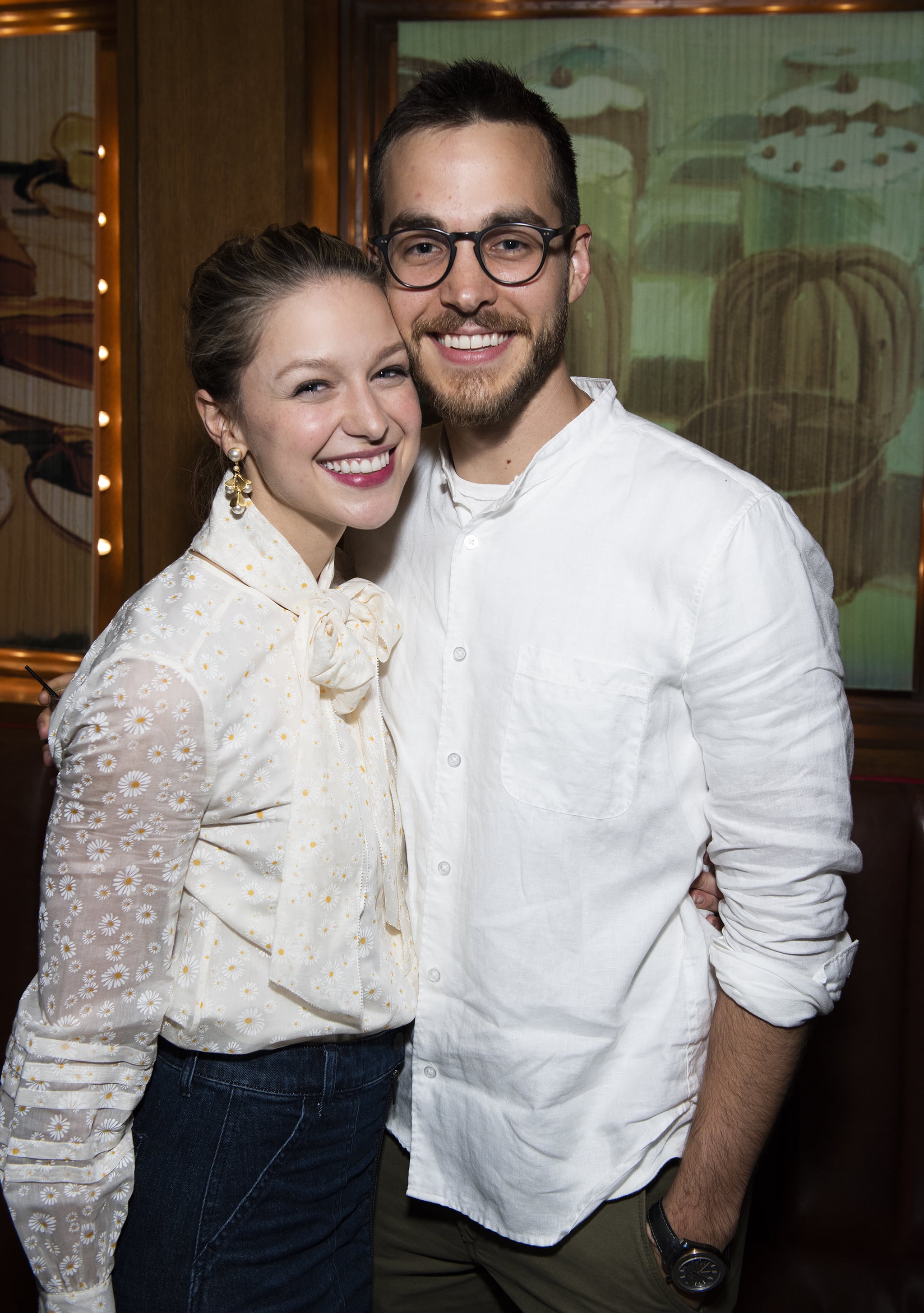 Chris Wood and Melissa Benoist are officially husband and wife, E! News confirms. The couple, who first met on the set of The CW's Supergirl, tied the knot on Sunday at a private estate in Ojai, CA. Chris and Melissa were surrounded by family and friends, including a few of their CW co-stars, Kevin Smith, Odette Annable, and Paul Wesley. "It was a beautiful setting for a wedding very peaceful and quiet," a source told the publication. "The vows were brief and lasted about 15 minutes. There was lots of cheering and applause as it ended."

The pair first started dating in March 2017, shortly after Melissa filed for divorce from her former Glee co-star Blake Jenner. Chris and Melissa announced their engagement in February 2019, when the actress shared a photo of her stunning ring with the caption, "Yes yes yes it will always be yes♥️" Congrats to the happy couple!