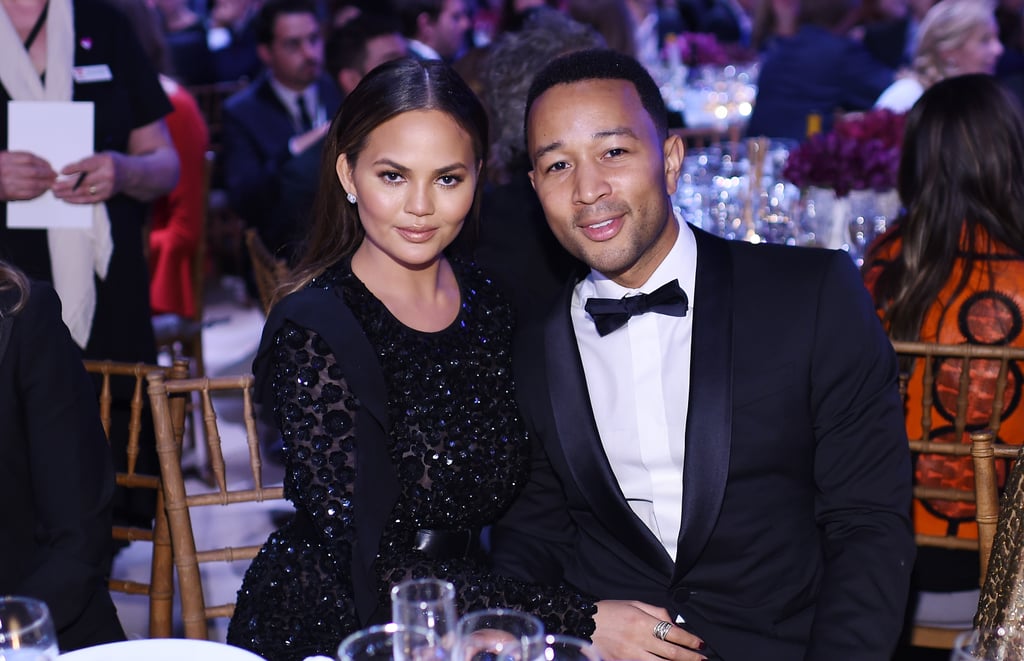 John Legend and Chrissy Teigen continued their reign as one of Hollywood's most enviable couples when they attended the God's Love We Deliver Golden Heart Awards in NYC on Monday night. Although the duo skipped the red carpet, they shared a bevy of cute moments inside, where they met up with Priyanka Chopra and Michael Kors, who served as the event's co-chair. Chrissy was her usual glamorous self in a sparkly black gown, while John looked handsome in a black tux, giving us serious prom vibes. Over the weekend, the pair stepped out for Mohegan Sun's 20th anniversary after-party in Uncasville, Connecticut, just a day after celebrating baby Luna's half birthday at the park. Hopefully we'll get to see more of Luna soon.