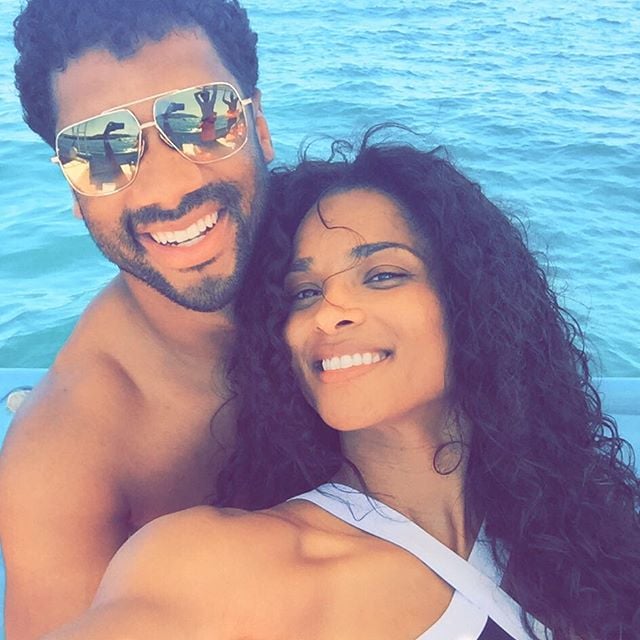 As if Ciara and Russell Wilson weren't hot enough, the couple decided to bring their insane chemistry to paradise last week. The duo, who began dating in April, jetted off to Mexico with Ciara's son, Future, and thanks to social media, the world got a sneak peek inside their stunning escape. Russell, who is currently enjoying a week off from his season with the Seattle Seahawks, posted a photo of him and Ciara standing in the blue water, writing, "It's so good lovin' somebody, and somebody loves you back." Ciara, however, decided to take things one step further and showed off her insane body in a series of snaps from what appears to be a mini photo shoot in the sun. She also shared some sweet photos of baby Future. Keep reading to see more of their Mexican vacation, then check out her son's adorable red carpet antics from the Kids' Choice Awards in July.