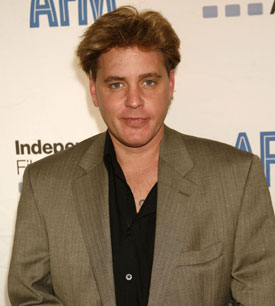 Corey Haim passed away this morning in a Southern California apartment, the cause of death being an apparent overdose. At one time perhaps the biggest heartthrob in the world, Haim struggled with addiction for many years. His mother was with him when he died, and he had been sick the past few days. Known for his work in movies like The Lost Boys, he most recently starred in a short-lived reality TV show with Corey Feldman, The Two Coreys. Our thoughts are with Corey Haim's friends and family.

Celebrity News
Michael B. Jordan Honours Chadwick Boseman in a Heartfelt Statement: "You Are My Big Brother"
by Yerin Kim 01/9/20