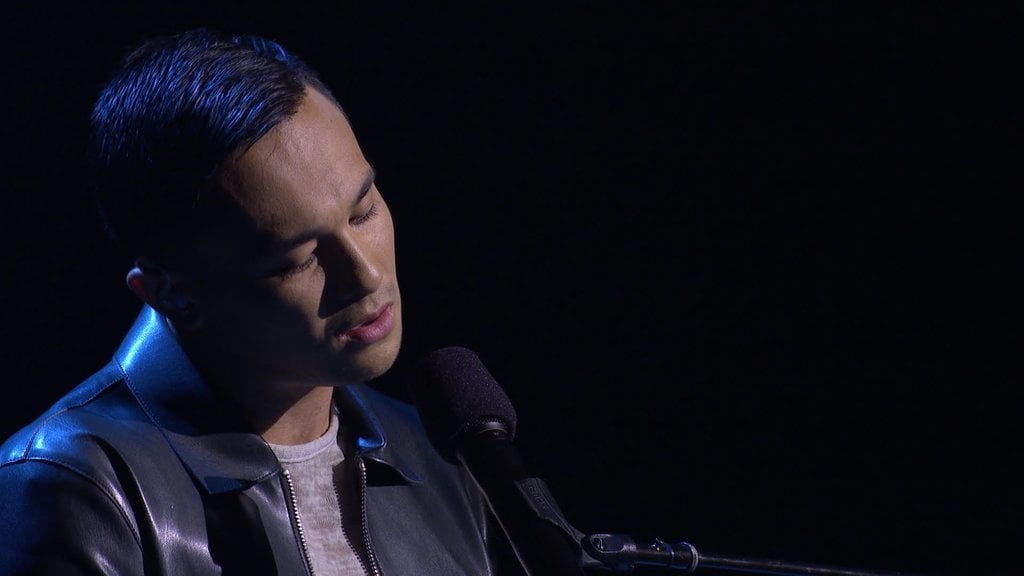 Could This Performance Win Cyrus The X Factor?

For his first-ever live performance on national television last week, The X Factor contestant Cyrus was given the Justin Bieber hit "Boyfriend" with the heads up that the superstar singer might actually see it. (Justin performed on the show two days later.) Then on Monday night, the 19 year old was tasked with singing Chris Isaak's classic song "Wicked Game" — by his mentor, Chris Isaak! On a night where the music theme was songs from the '80s, '90s, '00s and now — the under-25 boys had the '90s to choose from — Chris decided to give Cyrus his song. The pressure was immense, and Chris even joked during their rehearsal package, "You're ruining my song!"

But Cyrus, being the super-talented singer he is, knocked it out of the park on the live show. It was one of the simplest performances of the night, just Cyrus and his piano, but at its conclusion the whole room, including all four judges, were on their feet. Guy Sebastian said, "I love music. I love that I can be moved so much by something so simple, you sitting at a piano. And when it's done well, it can move a whole room like this." Meanwhile, James Blunt was only full of praise despite wanting something negative to comment on: "Goddamn you, Cyrus! I wanted something negative to say! I wanted to have a go at his ego for choosing that song! I wanted to say that some notes were out, that it's just too big a song — because it is a really hard song to sing. Argh. Nothing!"

In case you missed it or want to watch it again, here is Cyrus' performance of "Wicked Game."