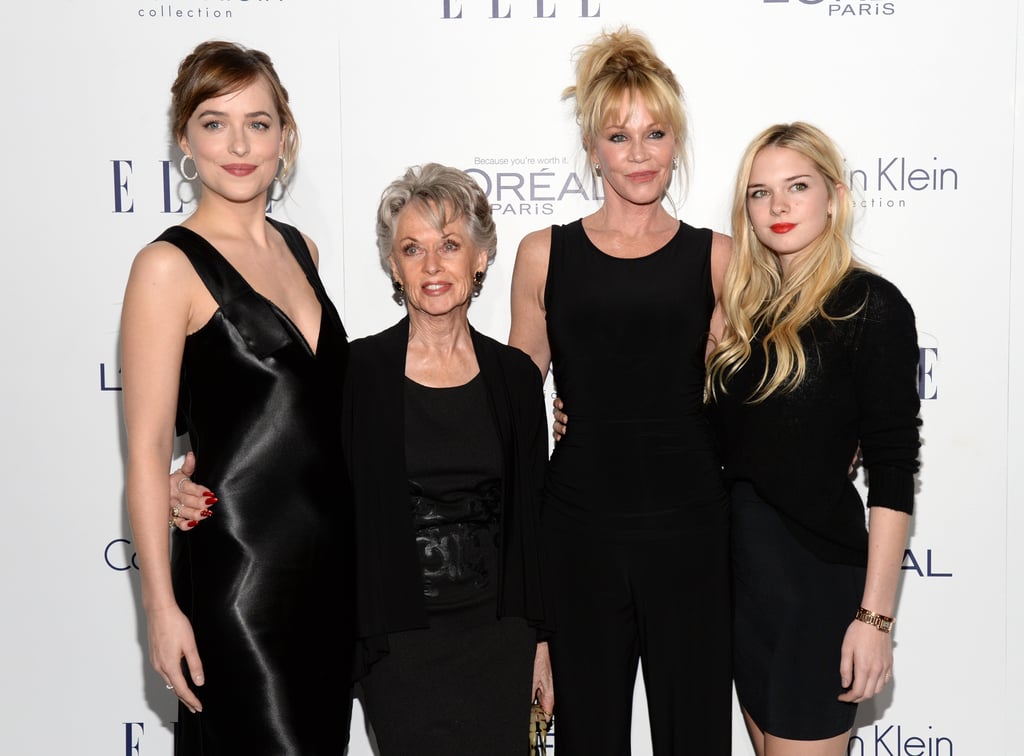 Dakota Johnson had a few gorgeous family members by her side at the Elle Women in Hollywood Awards in LA on Monday night. The Fifty Shades of Grey star was joined at the event by her mum, Melanie Griffith, her 19-year-old sister Stella Banderas, and her grandmother, legendary actress Tippi Hedren; the fierce foursome posed for photos together on the red carpet before heading inside, and Dakota was the picture of elegance as she accepted the Calvin Klein emerging star award and snapped pictures with the brand's creative director, Francisco Costa.

Dakota hasn't shied away from talking about her famous family, especially when it comes to their opinions of her scandalous role in the Fifty Shades films. While promoting the movie last year, Dakota revealed that her mum still refuses to watch it, and Melanie, along with Dakota's dad, Don Johnson, popped up in the front row for a hilarious movie reference during Dakota's SNL hosting gig back in March. Dakota hasn't slowed down since playing Anastasia Steele, either; she recently starred in Black Mass with Johnny Depp, and her sexy French film remake A Bigger Splash comes out next May. Keep reading to see all the photos of Dakota and her stunning relatives, then check out more celebrities with their loved ones at award ceremonies.