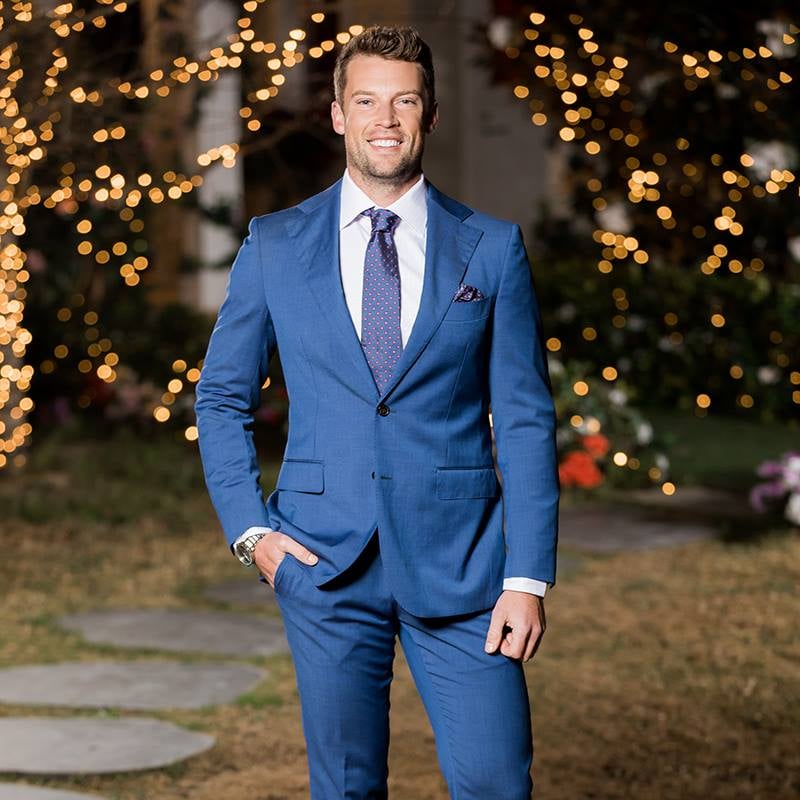 Daniel Noonan was a quiet achiever during his time on The Bachelorette. A softly-spoken guy who wasn't shown a whole lot despite how far he made it, he still outlasted several people who might have seemed like more of a front runner than him. Below, he chats all the highs and lows from his journey on the show.

POPSUGAR Australia: Hi Daniel, I'm going to start with the question on everyone's lips: what were you going to say to Ali at the cocktail party last night before Todd interrupted? I have to know!

Daniel: [Laughs] So I was just going to tell Ali that I was ready to finally drop my guard and take that plunge, despite not knowing how far I could fall.

PS: I see, have you forgiven Todd now for interrupting?

PS: Glad to hear it! We didn't get to see much of your time on the show, what was your dynamic with Ali like at that stage?

Daniel: There was definitely a strong connection between us, obviously I wouldn't have made it to top five if nothing had been there. Every week I spoke to her and we built on that connection, unfortunately it couldn't get me to home towns, but I'm happy and content with how far I did get.

PS: How do you think things would have gone if you did make it to home towns?

PS: Were there any moments from your time on the show you were surprised didn't make it to air?

Daniel: Yeah . . . pretty much every episode! [Laughs] I did actually talk a lot and did a lot of things with Ali that weren't shown so it's unfortunate that wasn't aired, all of our conversations were meaningful, there was no awkwardness, it was a good connection.

PS: What was the highlight of your time on the show, whether it was aired or not?

Daniel: Probably when Ali and I made apricot protein balls together, which wasn't shown! I got my shirt off during it, and it could have made for a funny, entertaining moment on TV, but regardless it was pretty much the start of Ali and I's connection.

PS: Oh yes, they showed a clip on the website, but not in the actual episode. Any regrets from the experience?

Daniel: No, not at all. I stayed true to myself, which is the main thing for me, and I'm happy with how far I got!

PS: Who were you closest with in the house?

Daniel: I would have to say Taite, Todd, Dan and Danny, we were all pretty tight.

PS: You've mentioned a couple of people who are still in the running, who's your pick to win?

Daniel: I'd have to say Bill. He's down to earth, genuine, and I could definitely see him and Ali having a pretty bright future. I spent a lot of time with him, I shared a room with him, so I'd like to think I know him quite well, and he's definitely a genuine person.

PS: What made you apply for the show?

Daniel: I'm at the stage of my life now where I obviously want to share my life with someone, and have a few special moments with them, and now's the time where I'm ready for that. I also thought Ali would be a good fit for me, as I mentioned on the show.

PS: What's next for you now the show's over?

Daniel: I'm pretty much open to anything, so if you want to make me the next Bachelor, I'd be happy with that! Then you could actually hear me talk. [Laughs]

Related:
The Bachelorette Episode Nine: Did Ali Forget There Were Four Other Guys In the Competition?
Image Source: Network Ten
Join the conversation
TVThe Bachelorette AustraliaAustralian TVReality TV
More from POPSUGAR
From Our Partners
Related Posts