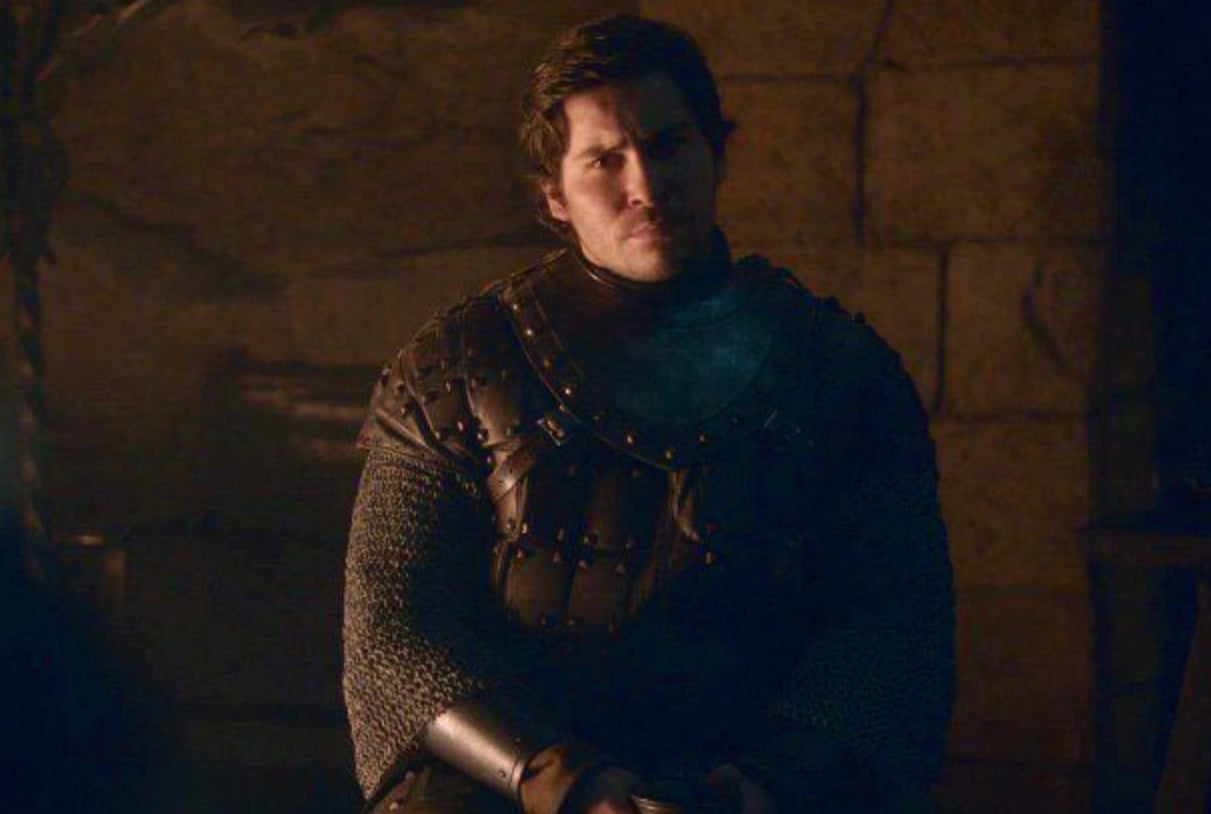 Now that the final few episodes of Game of Thrones are upon us, there's an important question hanging in the air: who will end up sitting on the Iron Throne everyone has been bleeding, backstabbing, and killing each other over for the past eight seasons? The main frontrunners appear to be Jon Snow and Daenerys Targaryen, although a recent revelation about the former's parentage has put their relationship in jeopardy. So, might we humbly suggest Podrick Payne for the job, instead?

Actor Daniel Portman, who plays Brienne of Tarth's right-hand man, recently sat down with Esquire following Podrick's unexpected musical performance in season eight's second episode, "A Knight of the Seven Kingdoms." In addition to chatting about how lucky he feels to still be on the show despite so many other main characters biting the big one — "[It's] very touching, very very touching" — Portman also made a pretty great case for why Pod deserves to sit on the Iron Throne above all others.

"Can you imagine what a benevolent leader he'd be?" he joked. "Just wine and cake for everyone." Sure sounds like a step up from Cersei's murderous rule, no?

"It's the innocence, it's the honesty and the sweetness in a world where there isn't a lot of that," Portman continued during his interview, touching on why Pod has earned such a devoted following. "There's a lot of Machiavellian tactics and underhandedness, and to have a guy who is none of those things and is just as honest to the core and selfless and loyal — people like when they see something good happening to him, you know?"

So, not only is Pod a decent human, a talented singer, and deeply skilled in the bedroom (Remember that brothel scene?!), he's also a wine and cake connoisseur. What are you waiting for, Westeros? Put him on the Iron Throne already!

Read the rest of Daniel Portman's interview with Esquire here.

TV
Netflix's Ratched Is Full of Gory Crimes — Are Any of Them Real? Here's What to Know
by Stacey Nguyen 12 hours ago

TV
Ratched: Everything You (Don't) Want to Know About Mildred's Incredibly Dark Past
by Hedy Phillips 13 hours ago

Celebrity Interviews
By a Show of Hands, How Many People Knew Tina Lawson's Maiden Name Is Beyoncé?
by Brea Cubit 2 days ago
Latest Celebrity
×