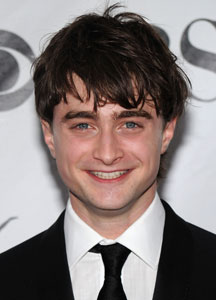 We've still got two more Harry Potter films before we have to say goodbye to the characters, but the actor behind Mr. Potter isn't having any trouble picking up new roles. After his upcoming stint on Broadway in How to Succeed in Business Without Really Trying, Daniel Radcliffe will star in a new film adaptation of All Quiet on the Western Front. The 1930 film adaptation took home the Oscar for Best Picture, so Radcliffe has some pretty big shoes to fill as German solider Paul Baumer. But one thing's for sure: the subject matter is a far cry from the wizard war we'll see in Harry Potter and the Deathly Hallows.