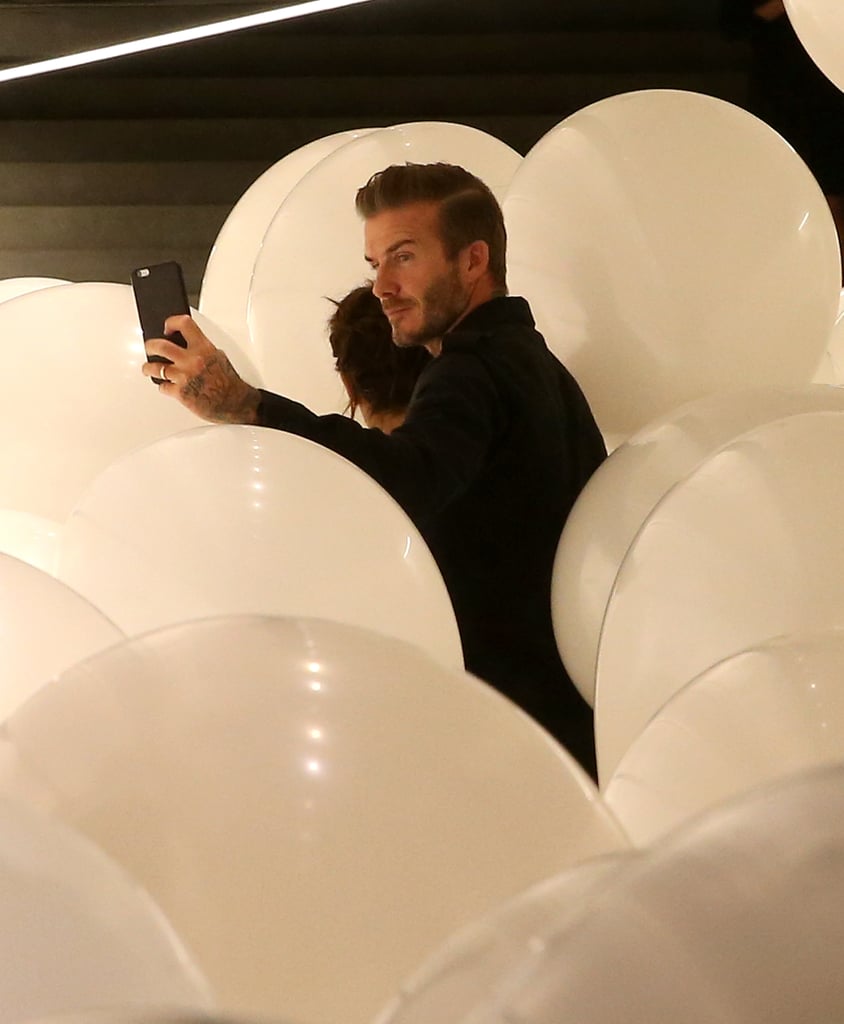 London Fashion Week came to a close on Tuesday, and Victoria Beckham went out with a bang! She hosted a special event at her Victoria Beckham store on Dover Street and had David along for support. The couple arrived in all-black ensembles, and despite their serious faces, it was all fun inside. She and David went wading through the hundreds of oversize white balloons that were blown up in the shop and snapped a bunch of pictures. David posted one to Instagram featuring Victoria and captioned it, "Proud of what this young lady has done and achieved...Exciting night at Dover Street."

It's been a busy few weeks for the designer as she showed her collection during New York Fashion Week earlier this month. David and Brooklyn attended the runway show and celebrated with Victoria afterward at their go-to SoHo spot, Balthazar. Despite plenty of public outings and sweet words on social media, David and Victoria have recently been the subject of split rumours, though David addressed their relationship during an interview with ABC News saying that it's "pretty easy."