In the trailer for Despicable Me 2, everyone's favourite former villain, Gru (voiced by Steve Carell), will still be sporting his good-guy hat for a brand-new adventure. This time around, he'll be joined by plenty of familiar characters, including Miss Hattie (voiced by Kristen Wiig), the adopted girls, and — of course — the adorable minions. 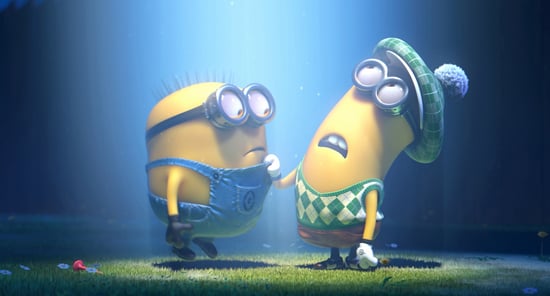 Gru and the gang will be battling against a bad guy as part of the Anti-Villain League, a group that fights crime. With a trailer that features the minions' silly antics and Eminem's song "Without Me," it looks like fans will enjoy the same quirky charm that's found in the first film. Despicable Me 2opens June 20, and you can watch the trailer after the jump.

TV
Time to Say Goodbye! Over 50 Shows and Movies Are Leaving Netflix in November
by Kelsie Gibson 3 hours ago

Movies
Just Like Rebecca, These 11 Movies Are Sure to Give You a Thrill
by Grayson Gilcrease 3 hours ago

Movies
The Trial of the Chicago 7: Yes, Judge Hoffman Really Was That Awful
by Stacey Nguyen 21 hours ago

Celebrity Interviews
How True to Life Is the Trial of the Chicago 7 Script? For Yahya Abdul-Mateen II, Very
by Kelsey Garcia 21 hours ago

Movies
Jennifer Hudson Is the Queen Incarnate in These Photos From the Aretha Franklin Biopic, Respect
by Mekishana Pierre 21 hours ago