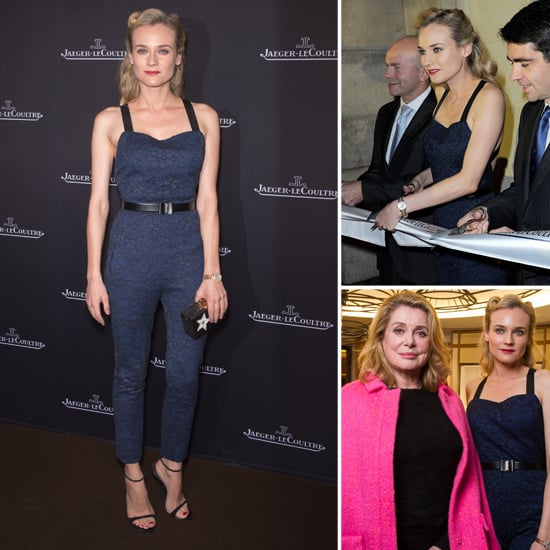 Diane Kruger attended the opening of Jaeger-LeCoultre's new boutique on Paris' Place Vendôme last night. She had the honour of cutting the ceremonial ribbon alongside the company's director general, Guillain Maspetiol, and CEO Jerome Lambert. Diane wasn't the only famous face at the bash. She was joined by legendary French actresses Catherine Deneuve and Isabelle Huppert too. Diane was decked out for the occasion in a jumpsuit from her designer pal Jason Wu and worked a vintage-inspired hairstyle. Diane arrived in France just yesterday morning. She had been in LA, where she spent the weekend with her boyfriend, Joshua Jackson. He's since left California too, heading to Vancouver for more work on Fringe.