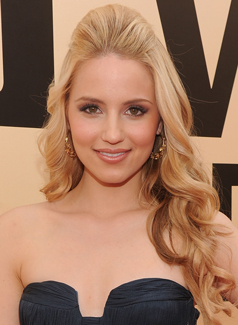 Hope you're ready for the Glee kids to spring out of your TV and onto the big screen! Hot on the trail of the news that Corey Monteith will star in Monte Carlo comes word that Dianna Agron, aka Quinn, has landed the role of the romantic lead in I Am Number Four.

I Am Number Four is the story of a group of aliens hiding out on Earth in human form. Beastly's Alex Pettyfer plays the titular character, whom Agron's human character falls for. As one of my fave gleeks, Agron is someone whose presence in movies I look forward to (she's in The Romantics next). Oh, and if her alien-loving character sings, I'll be pleased as punch.