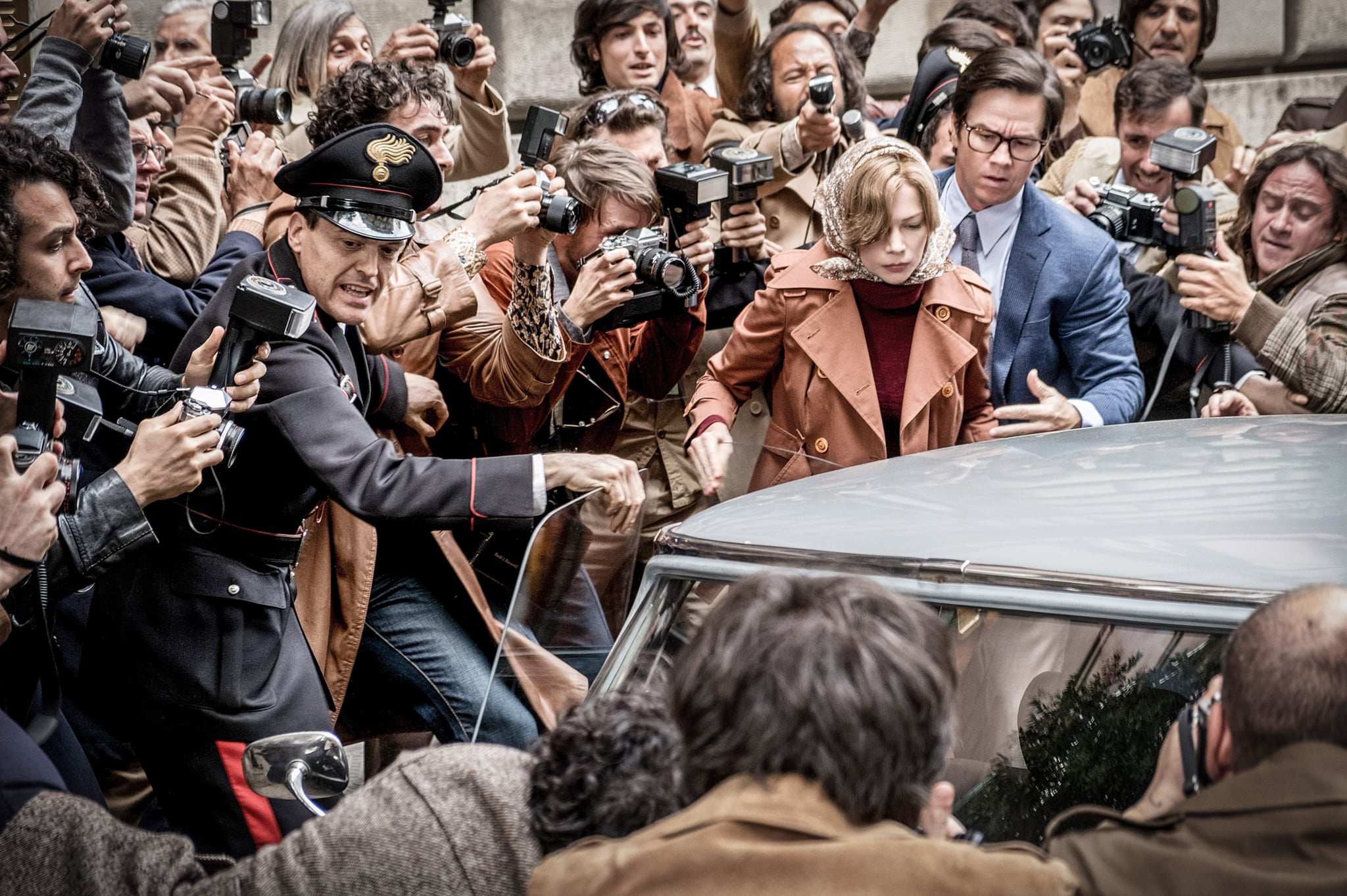 A new, disappointing layer to the disturbing pay dispute behind All the Money in the World's reshoots has emerged. As a quick refresher, Christopher Plummer replaced Kevin Spacey in the film after the latter was accused of sexual assault by Star Trek: Discovery actor Anthony Rapp. According to sources, Mark Wahlberg earned about $1.5 million from the reshoots to eliminate an alleged sexual predator from the film, while Michelle Williams — who is the film's lead — earned about $1,000. But this isn't just another example of a male actor getting paid more than his female co-star. In fact, a new report reveals that the reason for the disparity is much worse.

According to a new exclusive from USA Today, Wahlberg allegedly demanded the money before he approved of Plummer's casting and agreed to the reshoots. You may be asking, "Why does Ridley Scott, the film's director, need his approval to change the film?" The source cited in USA Today's article says Wahlberg's contract gave him approval rights for all co-stars.

Related:
Why Time's Up Was the Vital Next Step the #MeToo Movement Had to Take

There's also a matter of a "reshoot clause," or a part of the contract that stipulates what might happen should reshoots be necessary. In this respect, the facts are murkier. One source says Wahlberg didn't have a clause for reshoots in his contract but Williams did. This is why Williams earned a modest per-diem pay and why Wahlberg could negotiate for more. However, another source says both Wahlberg and Williams had reshoot clauses in their contracts. Even in this case, though, it seems Wahlberg's co-star approval would be the ultimate collateral.

Considering this information, it's clear that it's more than just a gender pay gap issue, but that definitely is part of it. Contract negotiations, naturally, are ground zero for pay disparities between a male and female lead. Outside of this, though, the story behind Wahlberg's hefty bonus seems to be something more sinister: when it comes to Williams, the actress was willing to do anything to get an alleged sexual predator out of the film. In fact, USA Today refers back to her comment on the matter of reshoots: "I said I'd be wherever they needed me, whenever they needed me. And they could have my salary, they could have my holiday, whatever they wanted. Because I appreciated so much that they were making this massive effort."

Wahlberg, it seems, was willing to let the film implode if he didn't get his extra cash.

Music
Exclusive: The Zombies 2 Cast Takes You Behind the Scenes of Those Memorable Performances
by Kelsie Gibson 21 hours ago

Movies
Exclusive: KJ Apa and Britt Robertson Are the Epitome of Young Love in I Still Believe Clip
by Kelsie Gibson 21 hours ago

Movies
Lance Bass Is Turning the Story of 2 *NSYNC Superfans Into a Movie, and Oh My Gosh
by Laura Marie Meyers 3 days ago
Latest Celebrity
×