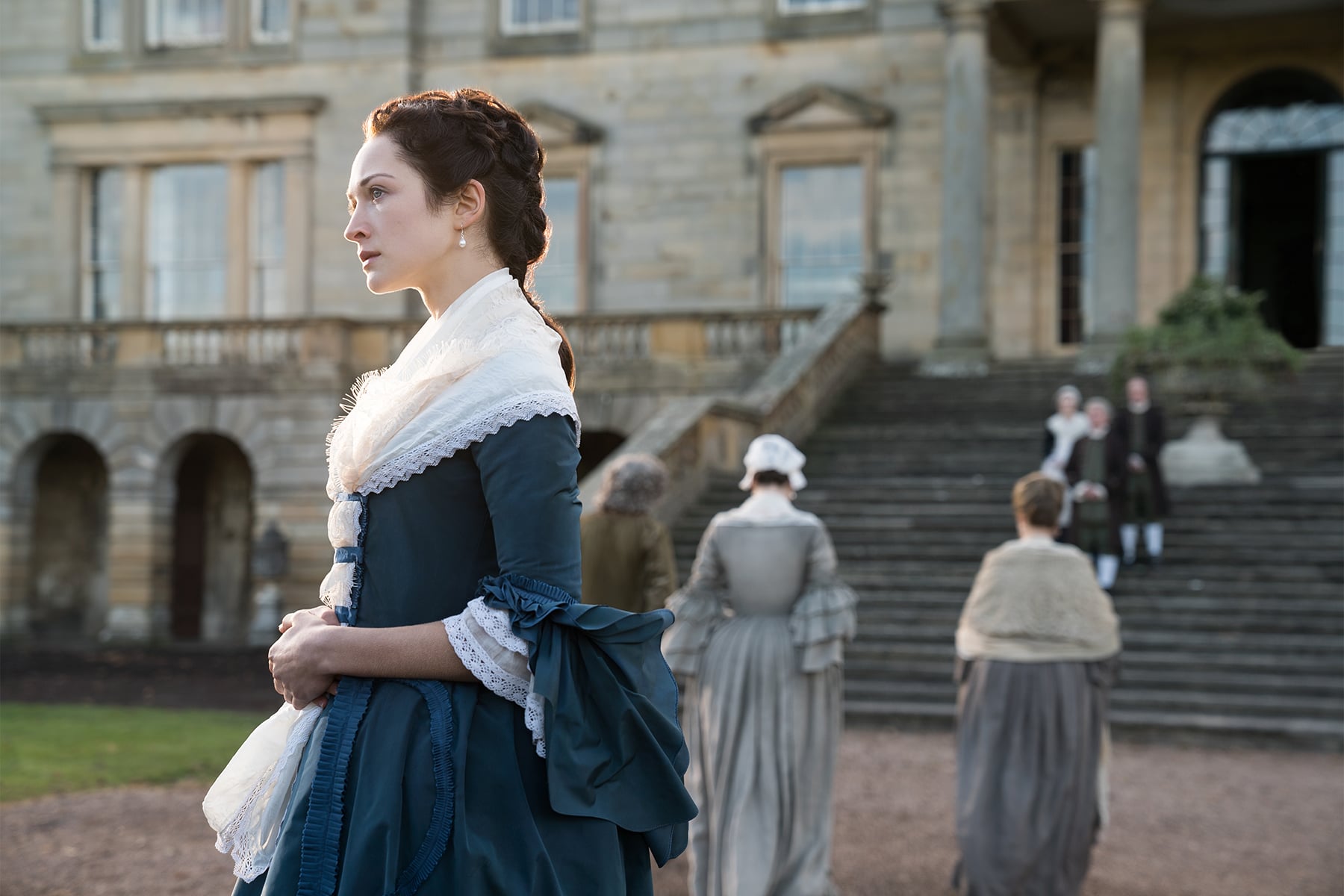 Outlander season three arrived at a pivotal moment from the book in Sunday's episode when Jamie is blackmailed by Geneva Dunsany into sleeping with her, which leads to the birth of Jamie's illegitimate son, William, a plot point that resonates throughout the book series.

But in the books, the scene between Jamie and Geneva is controversial because she tells him to stop and he doesn't, which puts readers into the uncomfortable position of wondering if their hero has just raped someone. Fans have argued about it all over various message boards, with some flat-out saying it was rape, others arguing he couldn't have stopped and Geneva blackmailed him into it, and still others saying we shouldn't thrust our 21st-century ideas of consent onto an 18th-century man, much the way Claire objects so fiercely to Jamie laying his hands on her in season one but comes to realise he had to punish her for running off and endangering his men.

Geneva is blackmailing an innocent person, and a man who is a captive, without power or resources, coercing him into committing a serious crime (fornication with an unmarried young woman being technically a crime, even if consensual) as well as an immoral act — as well as something he patently, clearly, totally doesn't want to do and has so stated in the baldest of terms. It's obvious that it's Geneva who's committing rape, not Jamie.

Gabaldon goes on to say that "no means no" is a construct of the last 50 years and not an "immutable law of physics, true throughout all times and places." She also says that Geneva is "panicked" at the pain she experiences because it is her first time having sex, and that Jamie knows if he doesn't just do it, this encounter is going to drag on all night, so that's why he just goes ahead and gets it over with. Gabaldon also cites the facts that Geneva asks Jamie to have sex with her again after their first time and tells him she loves him as evidence that he did not rape her. 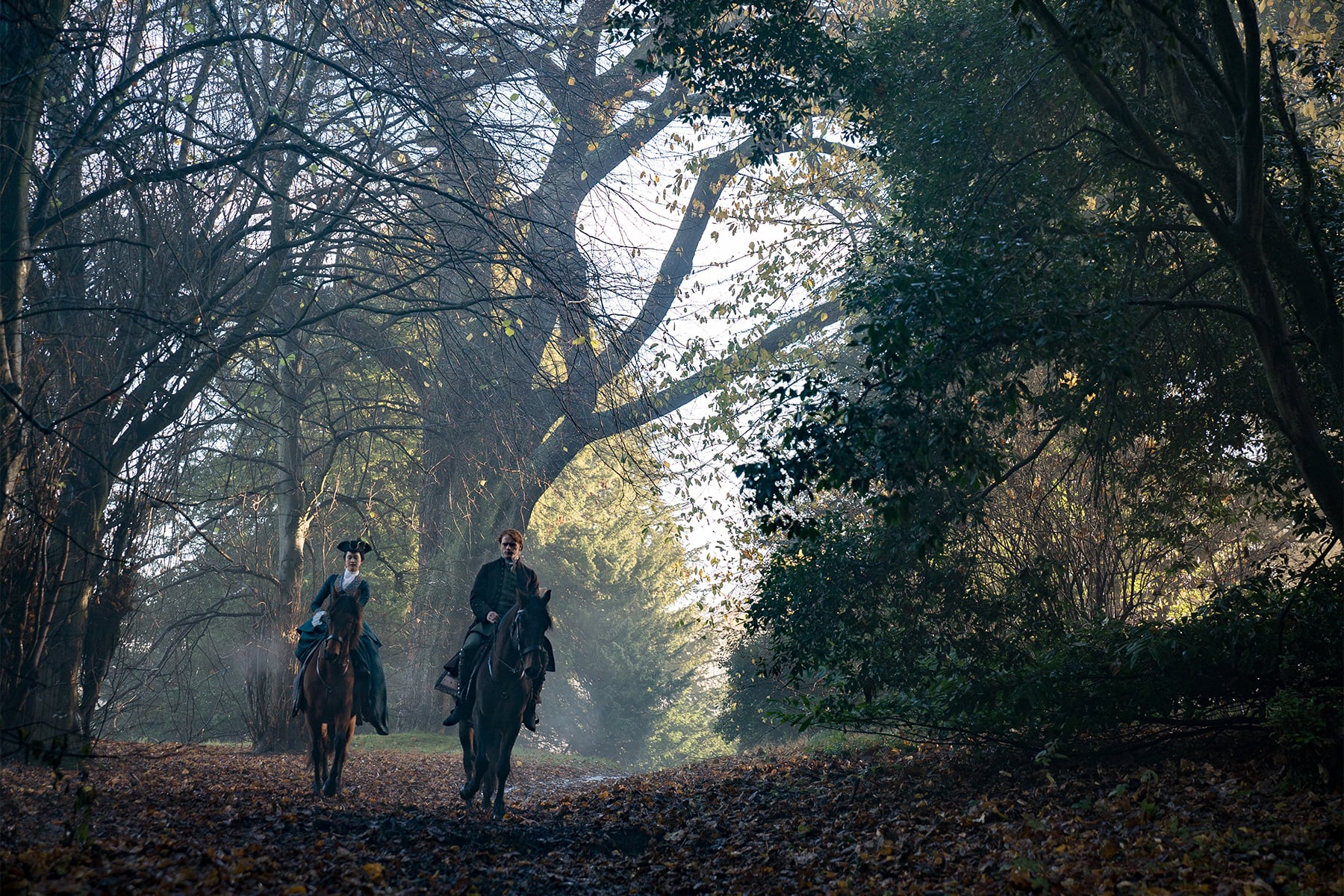 Some fans found Gabaldon's explanation satisfactory, but others argued that if you use modern standards to call Geneva a rapist, then you must apply those standards to Jamie as well — either they're both rapists or neither one of them is a rapist. As you can see, it's a complicated issue, which is why the show's creators wanted no part of it, choosing instead to make the scene sexy, intimate, and tender.

"We were aware of the controversy," executive producer Maril Davis told us at the 2017 summer TCA press tour. "In the books, at some point she says no — although he does say, 'Listen, once we start, I won't be able to stop.' That doesn't make it any better, but . . . we didn't really want to tackle that. It didn't seem like such an important part of the scene. The real important part of the scene is that Jamie is forced to go to someone else's bed."

Related:
Why Outlander's Writers Are Leaving This Important Book Element Out of the Show

Davis went on to say that this encounter is an important part of Jamie's time without Claire, both because of his son and also because it shows what kind of man he is. That's what they wanted to convey with the onscreen version of the scene.

"Obviously, Jamie doesn't feel the way about Geneva the way he felt about Claire, but he does have a tenderness for this spoiled child, despite himself, because Jamie is a really caring person," said Davis. "And he knows what it's like to lose his virginity with someone more experienced, and he wants it to be a good experience for her, even if he feels like he was coerced into her bed. We wanted it not to take anything away from Jamie-Claire, but we wanted it not to feel like 'was it rape or not rape?' That wasn't the point. It was trying to show Jamie as a very feeling, caring gentleman at the end of the day. Even though he doesn't want to be there, he's going to try to make it the best experience for her possible."