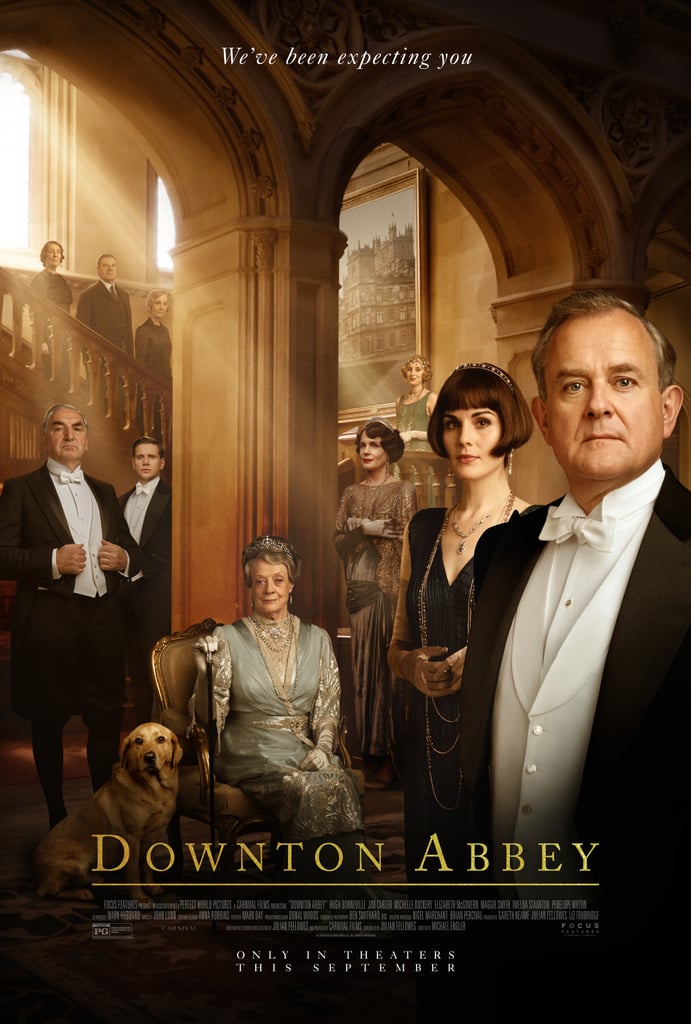 The New Downton Abbey Movie Posters Are Nothing Short of Glamorous

Hopefully you have a steaming pot of tea at your disposal, because you'll need it after looking at all of the posters for the Downton Abbey movie.

The most recently released posters, which made their debut on June 17, feature the Crawley family standing inside their stately home in pairs, looking every bit as regal as ever. There are also a handful of posters that see their loyal staff striking a pose as well. The new images follow a group poster, and four previously released posters of individual characters. Lady Mary (Michelle Dockery) and Lady Edith (Laura Carmichael) make cameos in two of the posters celebrating the film's debut on the big screen this Fall, both wearing beaded, flapper-style gowns and silk gloves that have us suddenly craving a reread of The Great Gatsby (we see that '20s bob, Mary). In addition to the Crawley siblings, the posters also feature a sliver of Thomas Barrow (Robert James-Collier) and Andrew "Andy" Parker (Michael C. Fox), looking sharp n their uniforms.

For those of you who still haven't found the time to binge-watch all six seasons of the critically acclaimed TV series that follows the lives of the Crawley family and the servants who work for them at the turn of the 20th century, hopefully you'll get a chance before the Downton Abbey movie hits theatres on Sept. 20, 2019.

In the meantime, check out the posters ahead!