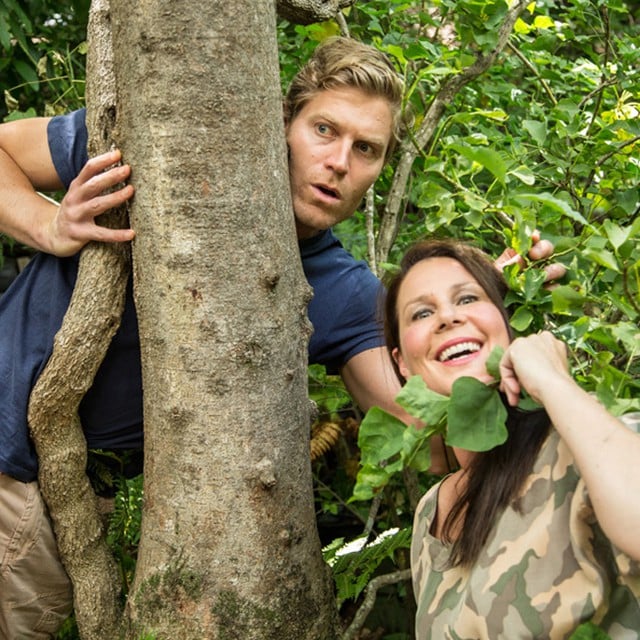 Dr. Chris Brown makes a lot of sense as one of the co-hosts of I'm a Celebrity . . . Get Me Out of Here!. After all, he's got plenty of TV experience as the main guy on Bondi Vet, and he happens to be pretty good with animals. But it's not really animals he'll be dealing with on the show — it'll be his hilarious co-host, Julia Morris, and the 10 celebrities who are actually competing on the first Australian version of the popular UK series; the stars will only be revealed when the show premieres on Sunday night on Network Ten.

In the lead-up to the show's debut, we asked Dr. Chris the same questions we gave Julia. Keep reading to find out the weirdest thing he's ever eaten and which three people he would put in the jungle together.